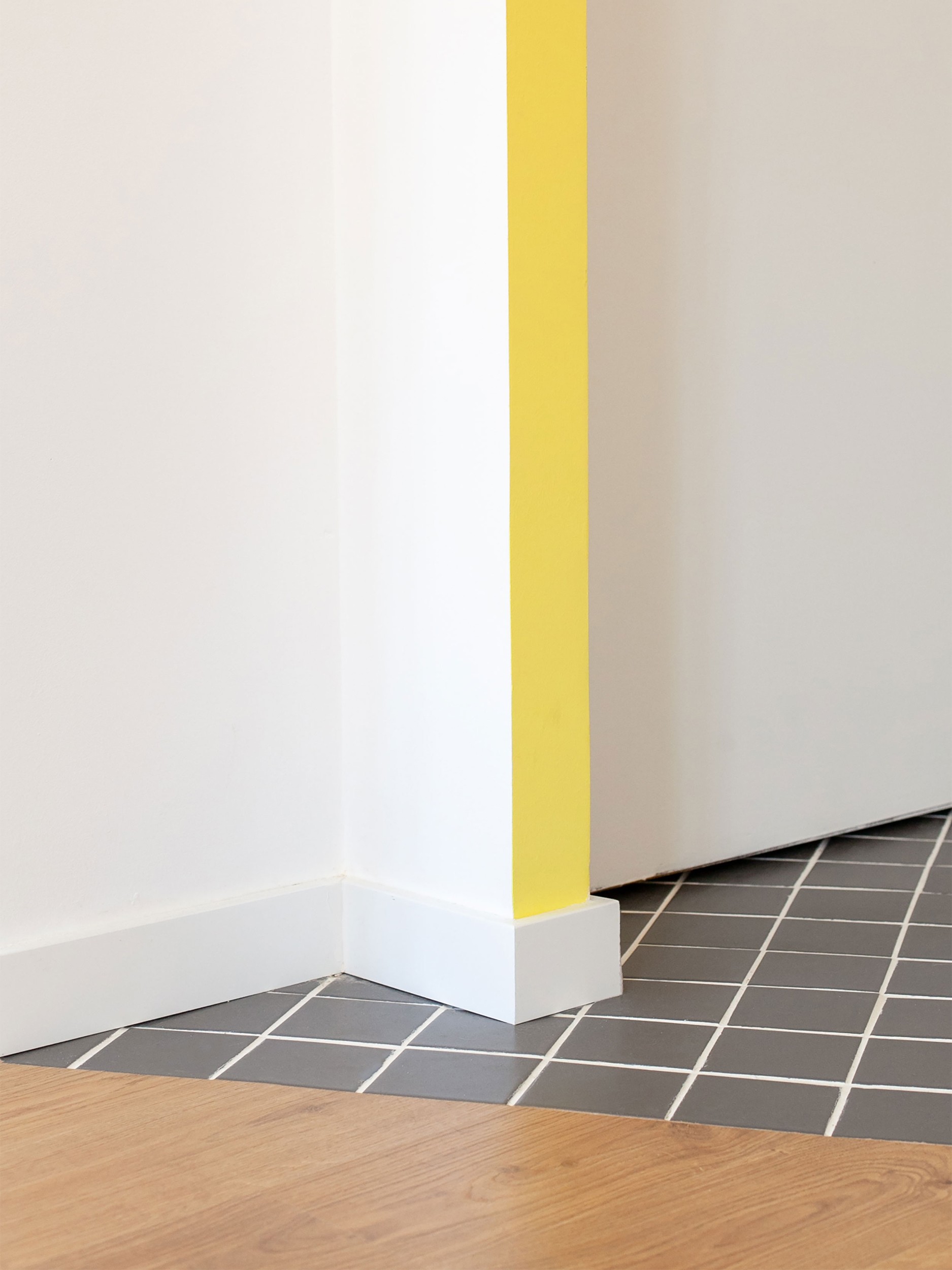 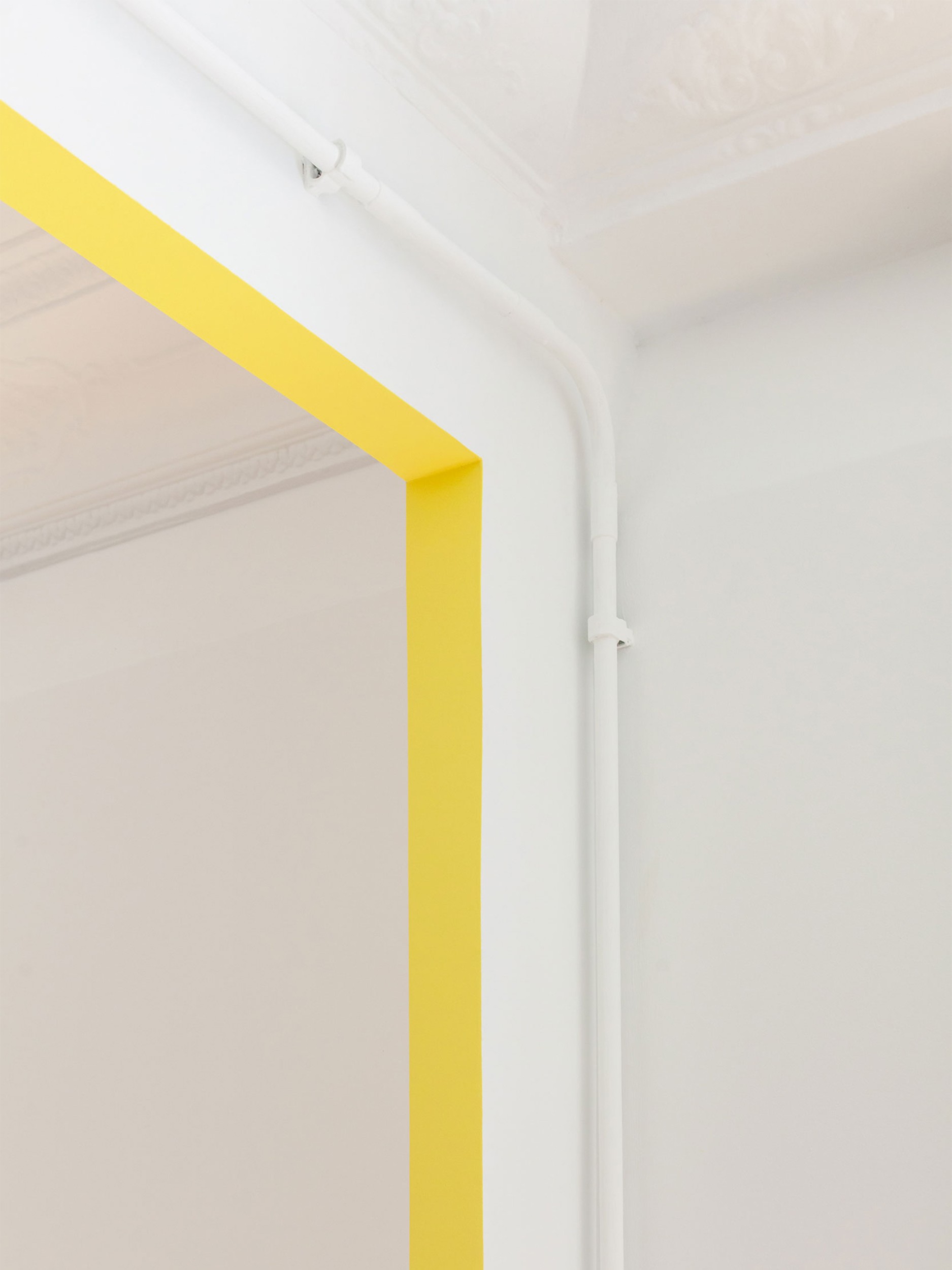 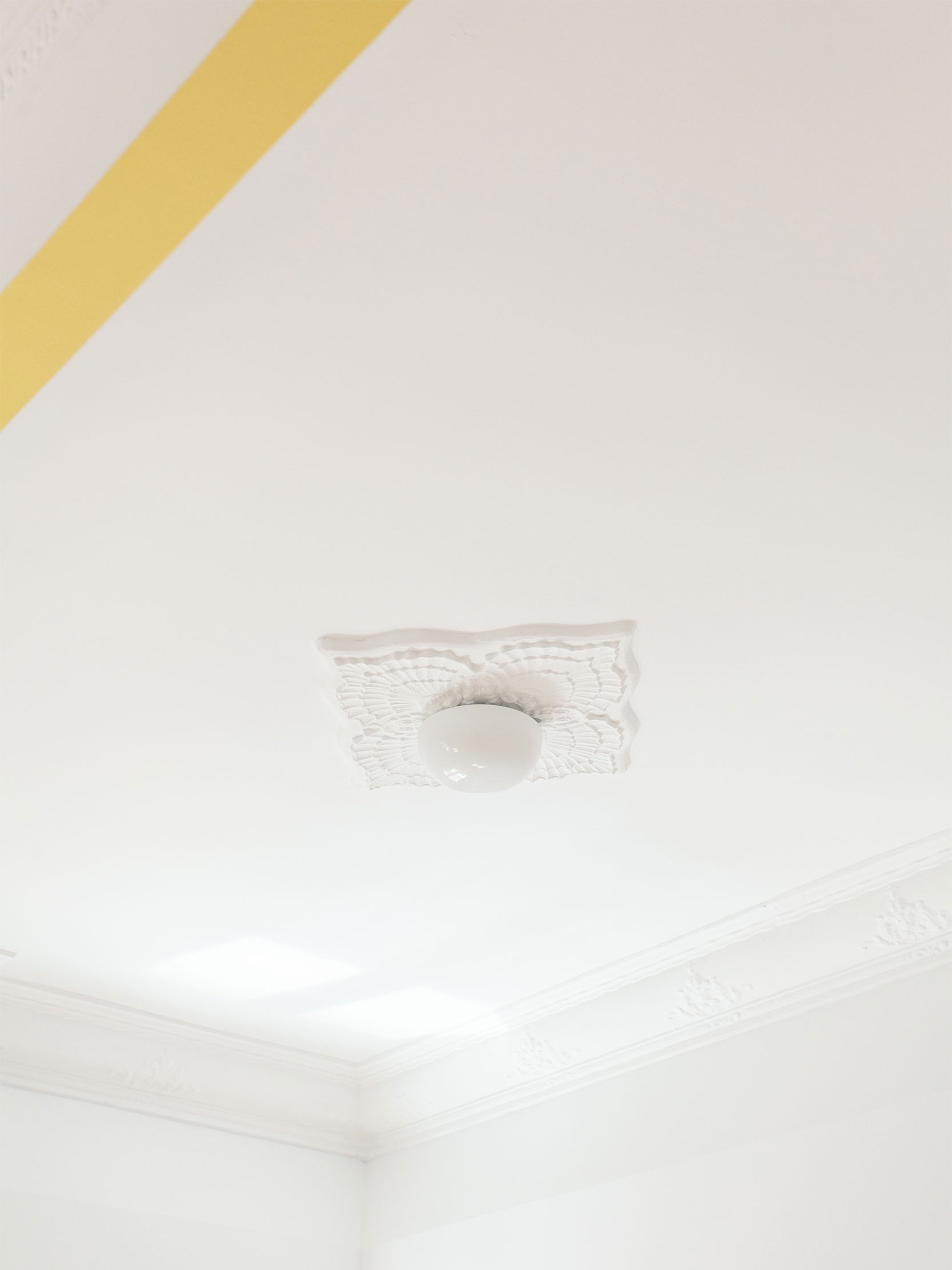 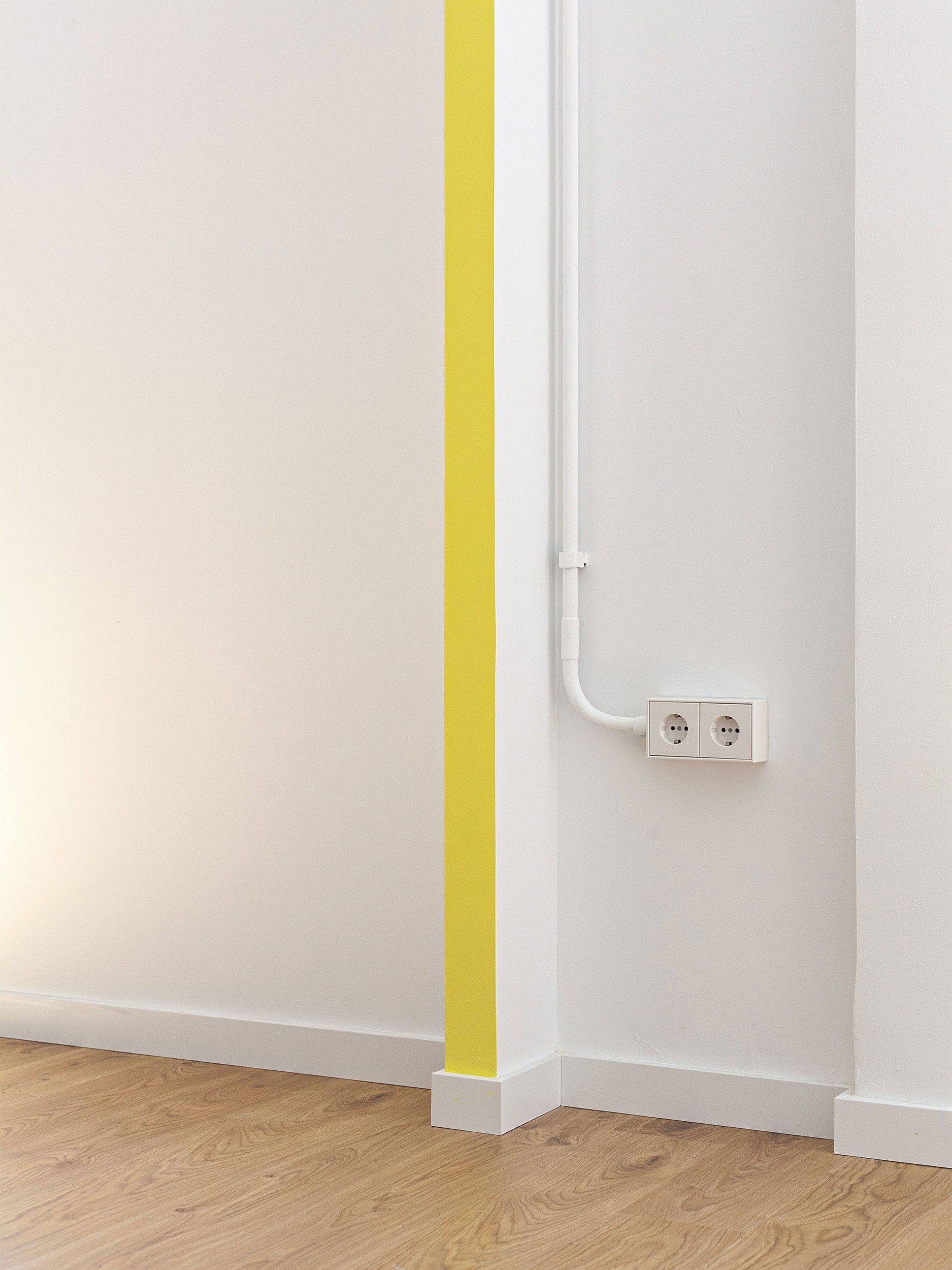 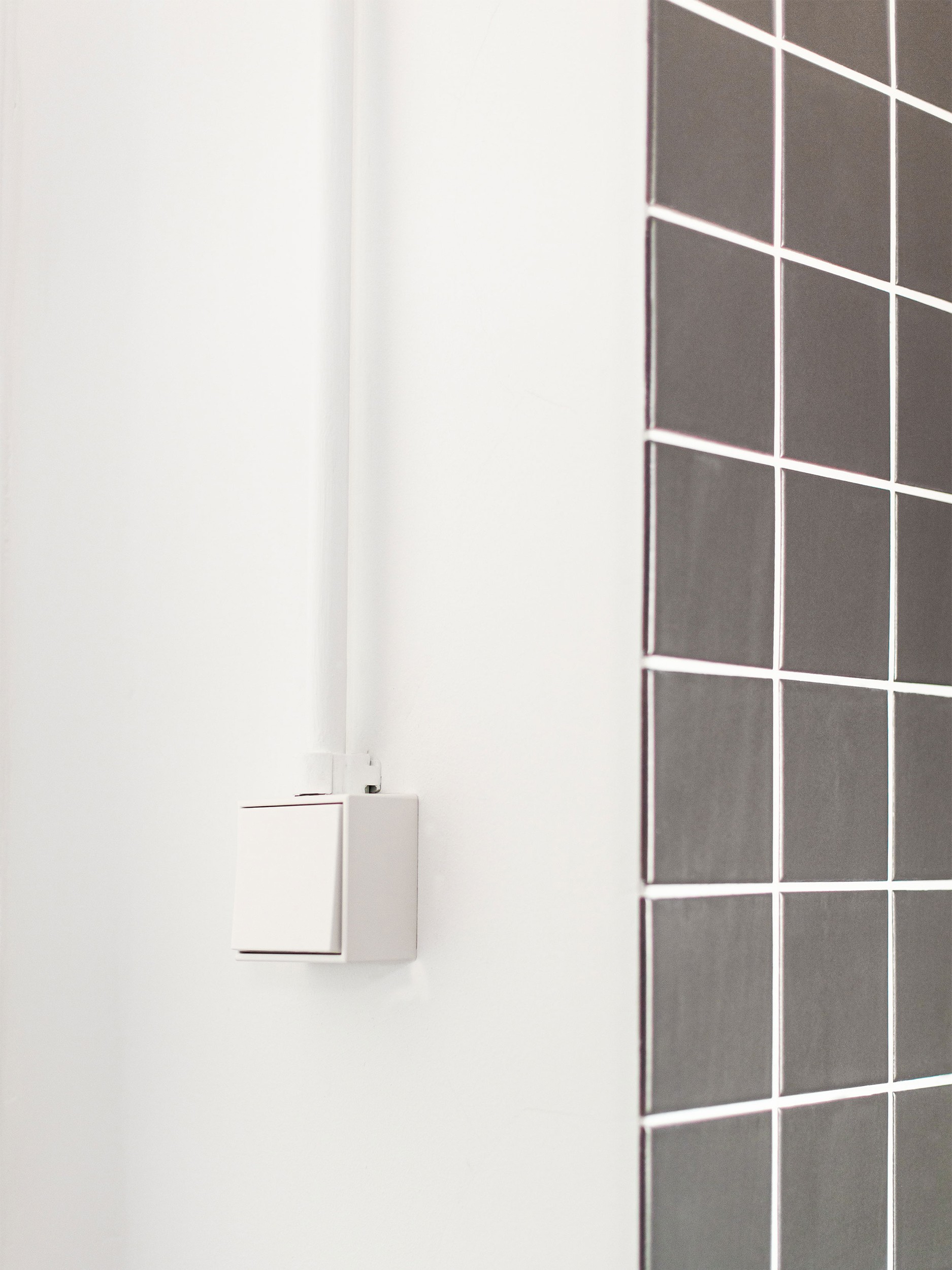 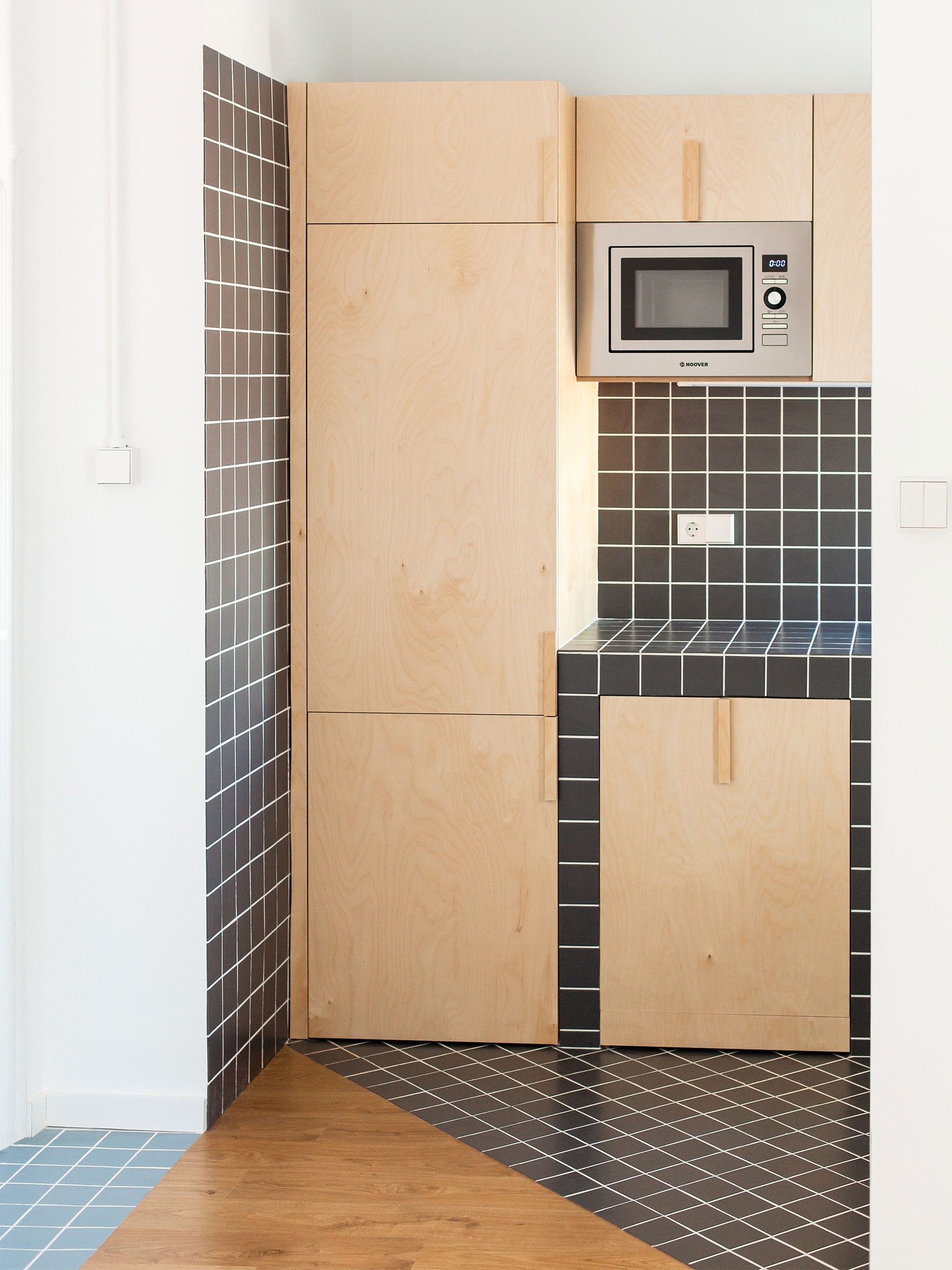 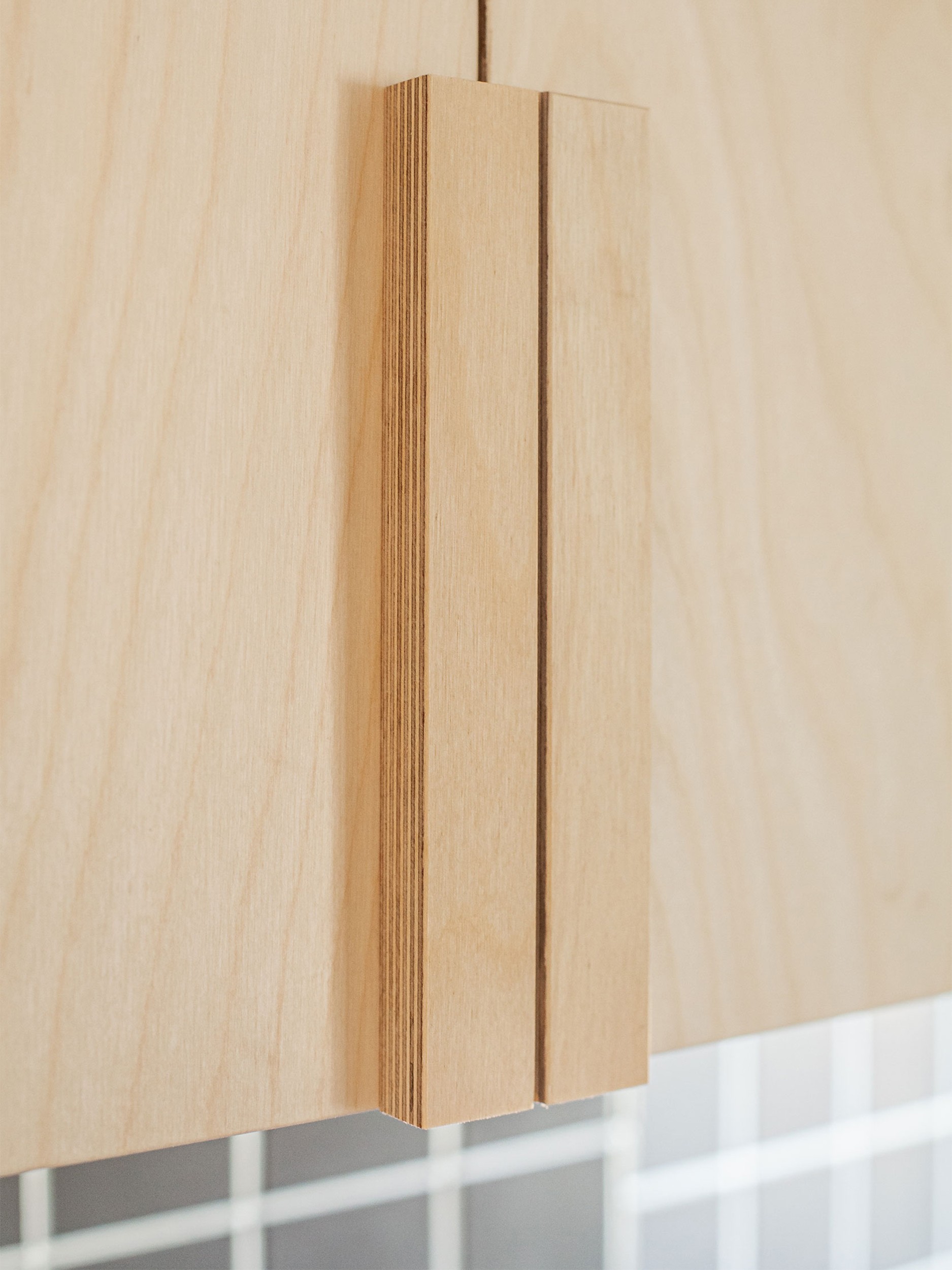 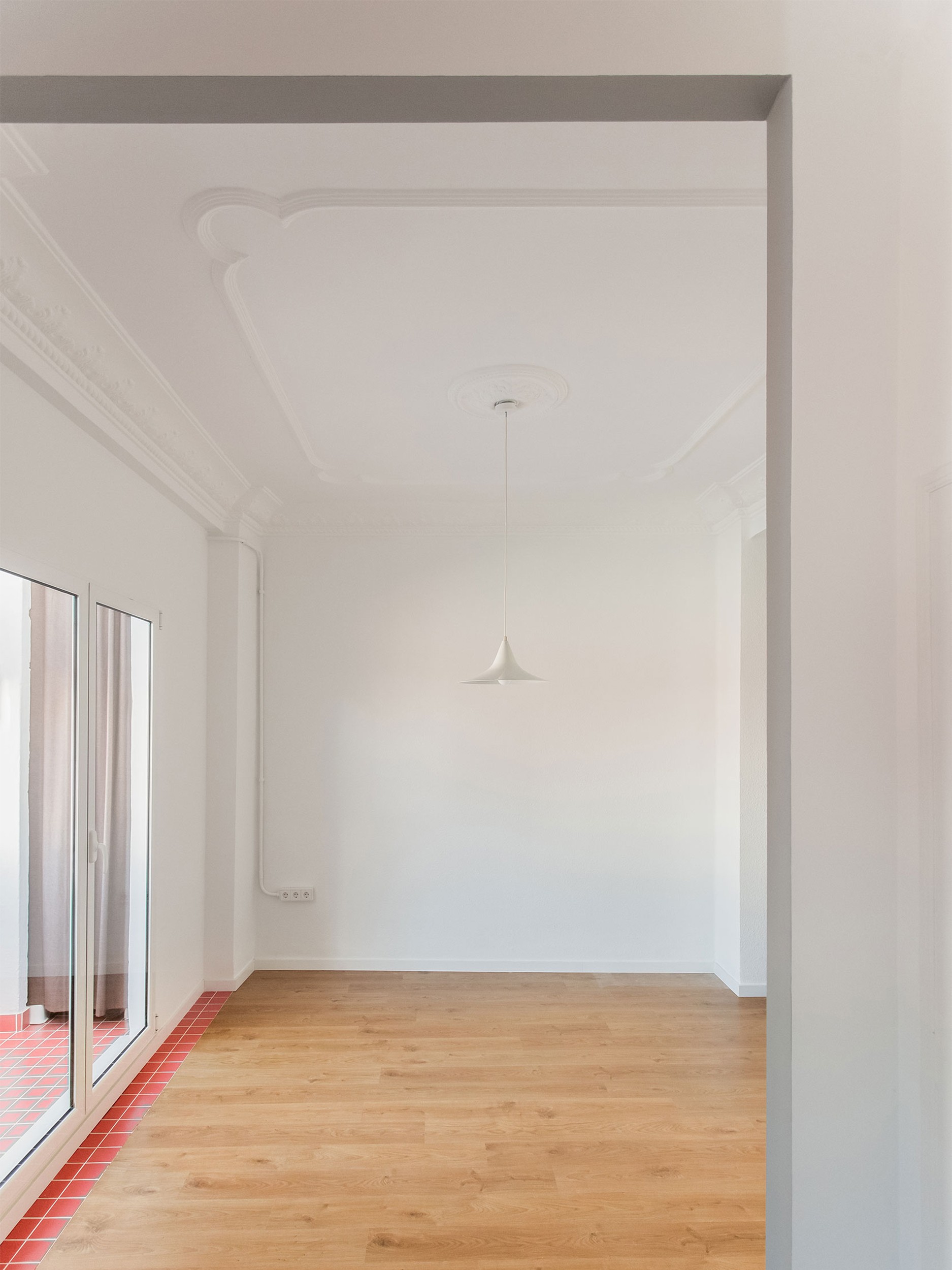 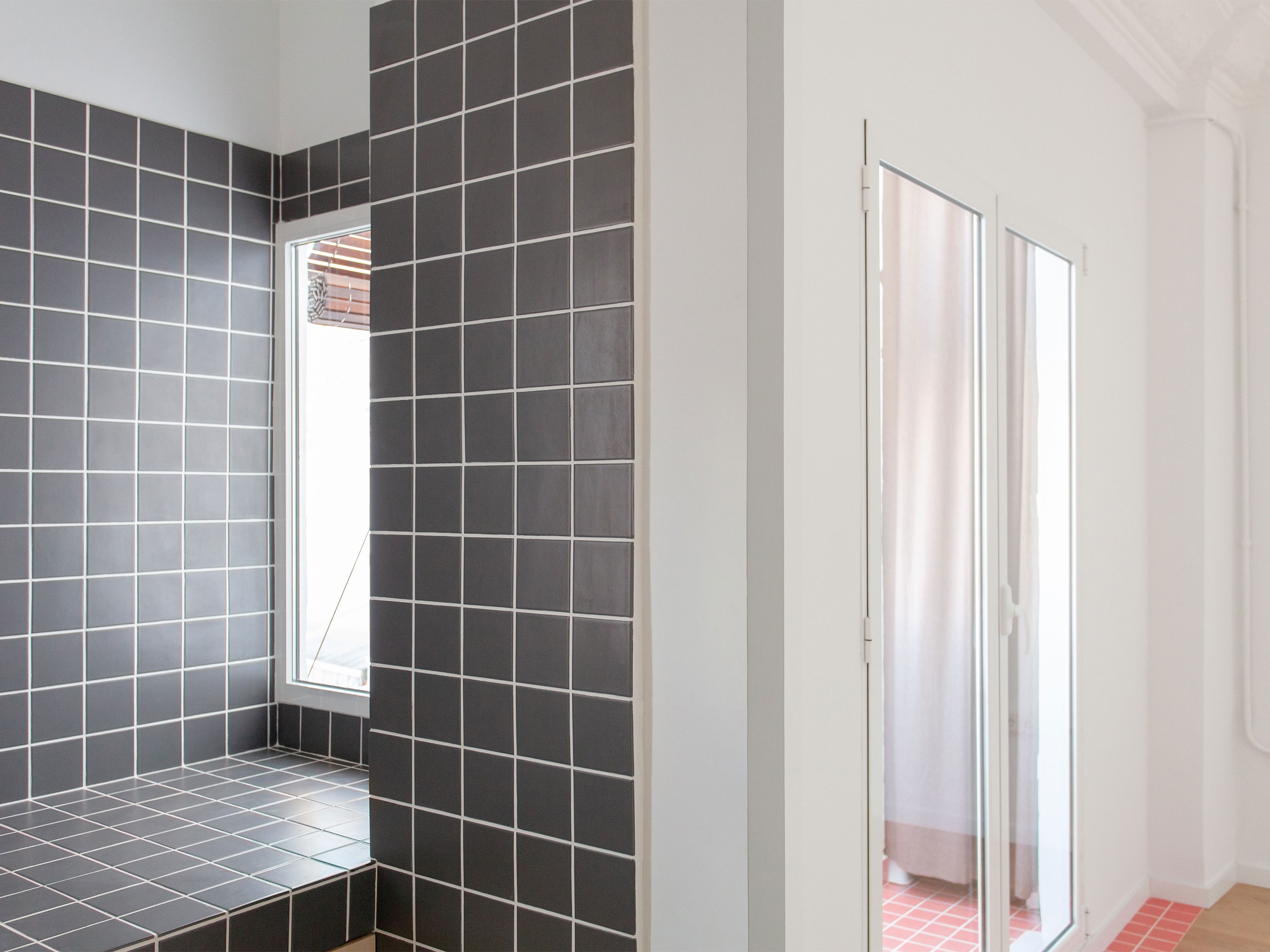 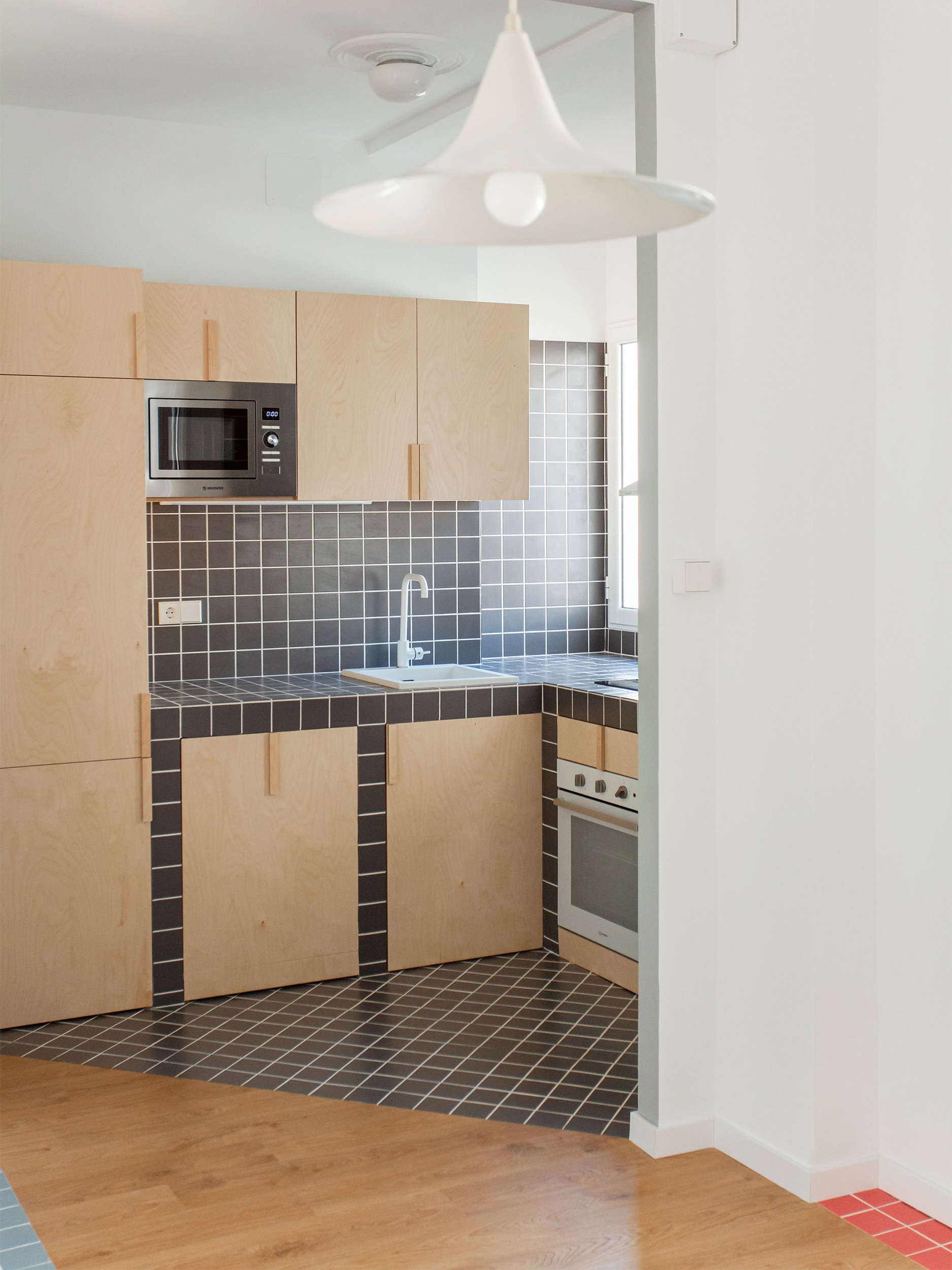 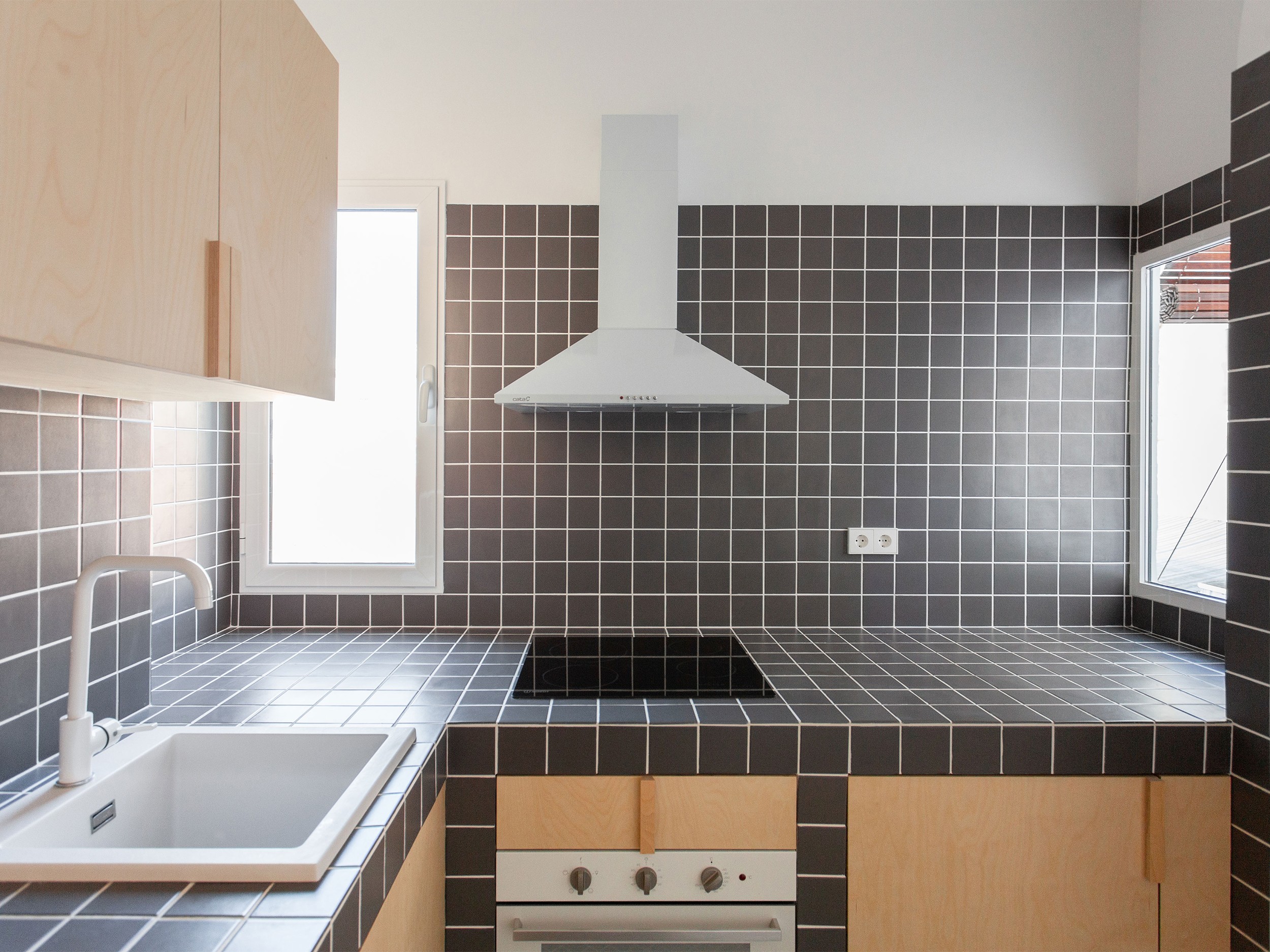 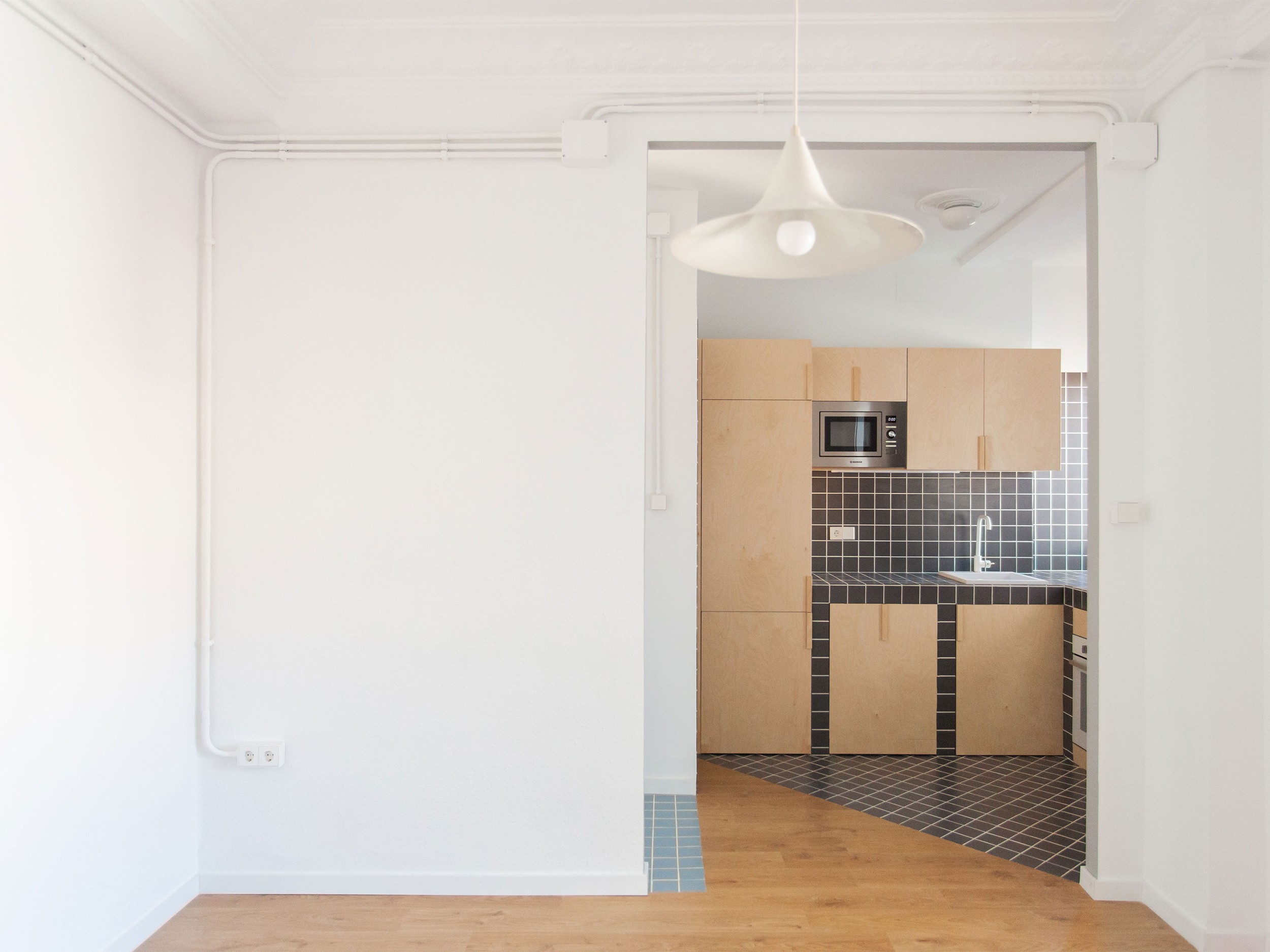 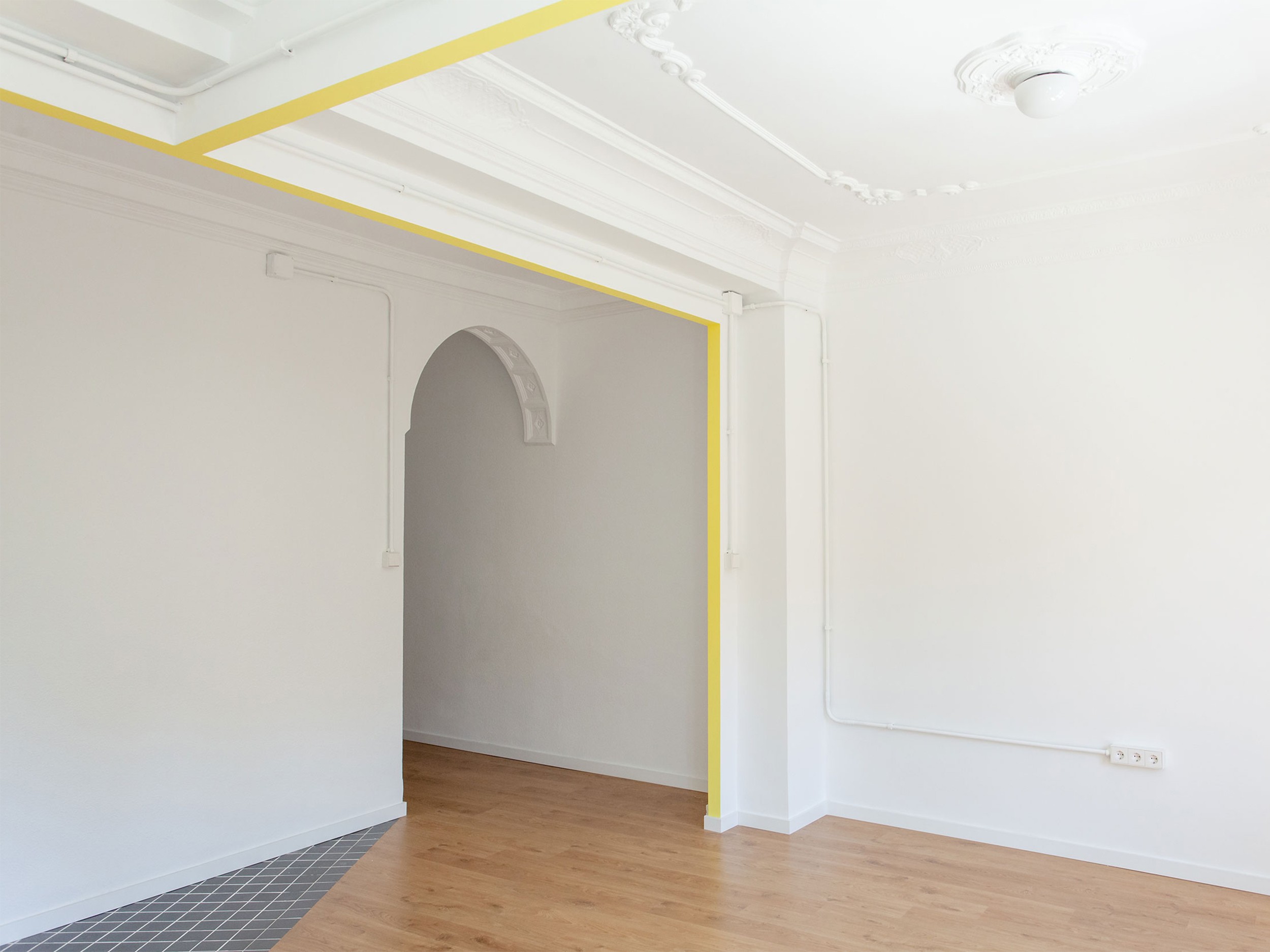 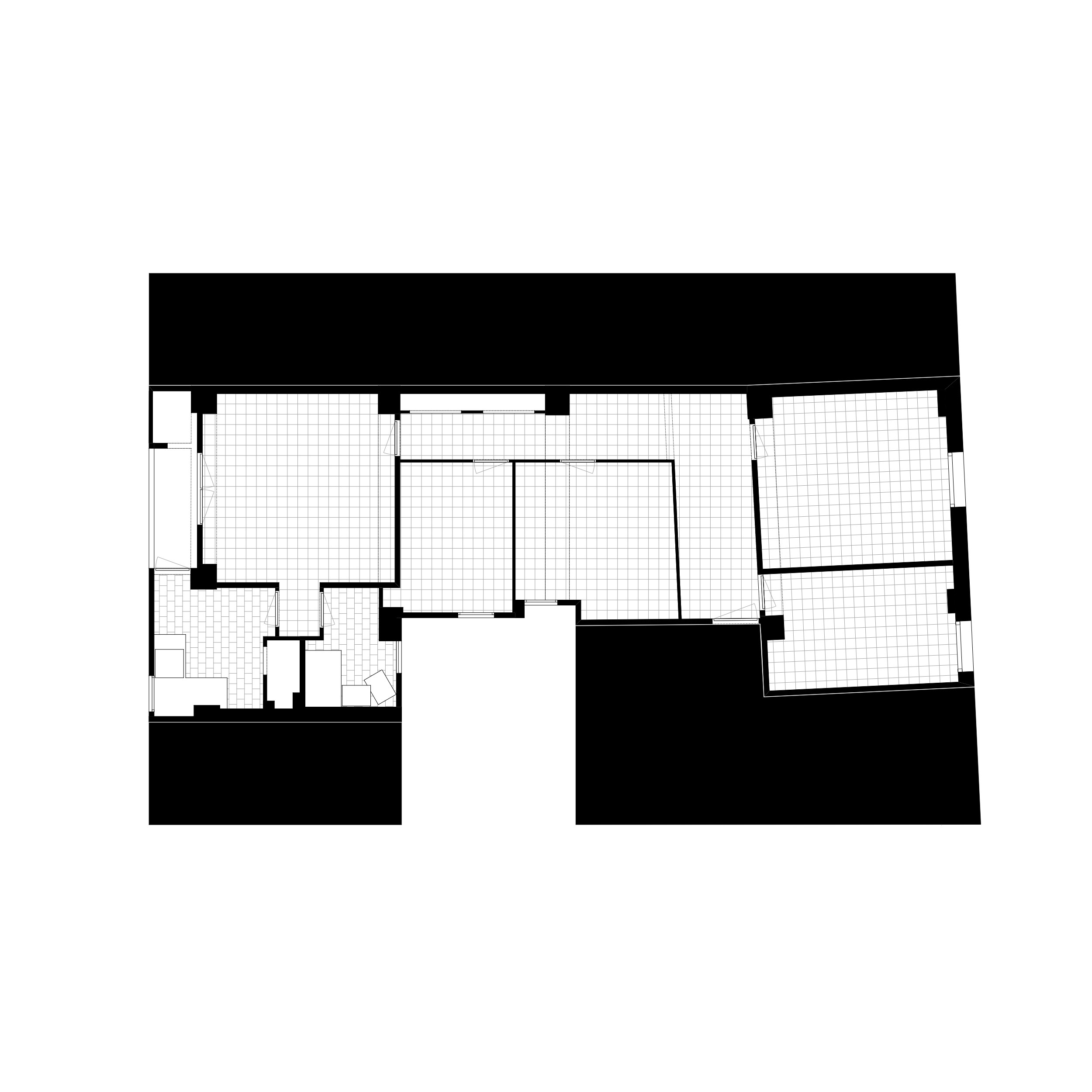 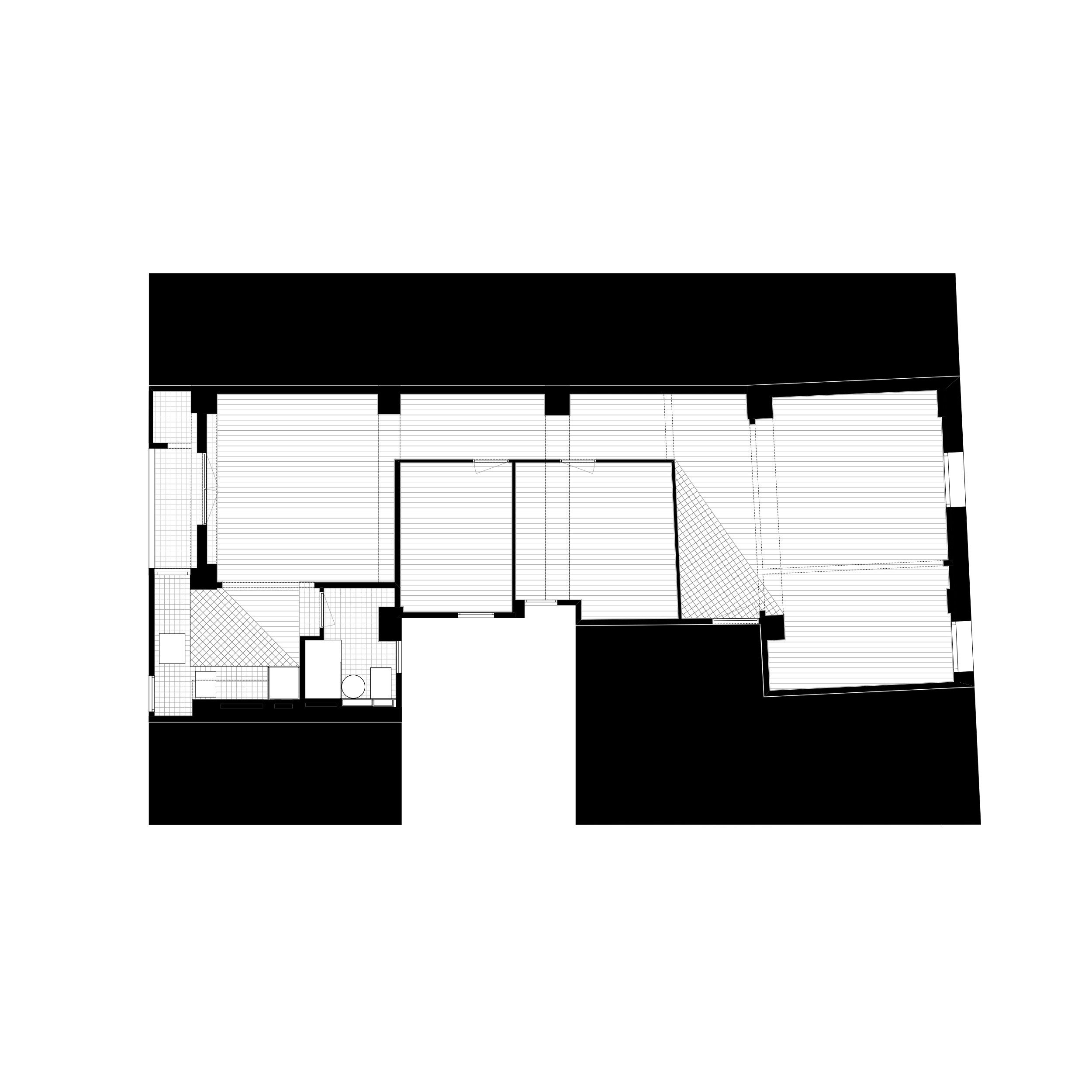 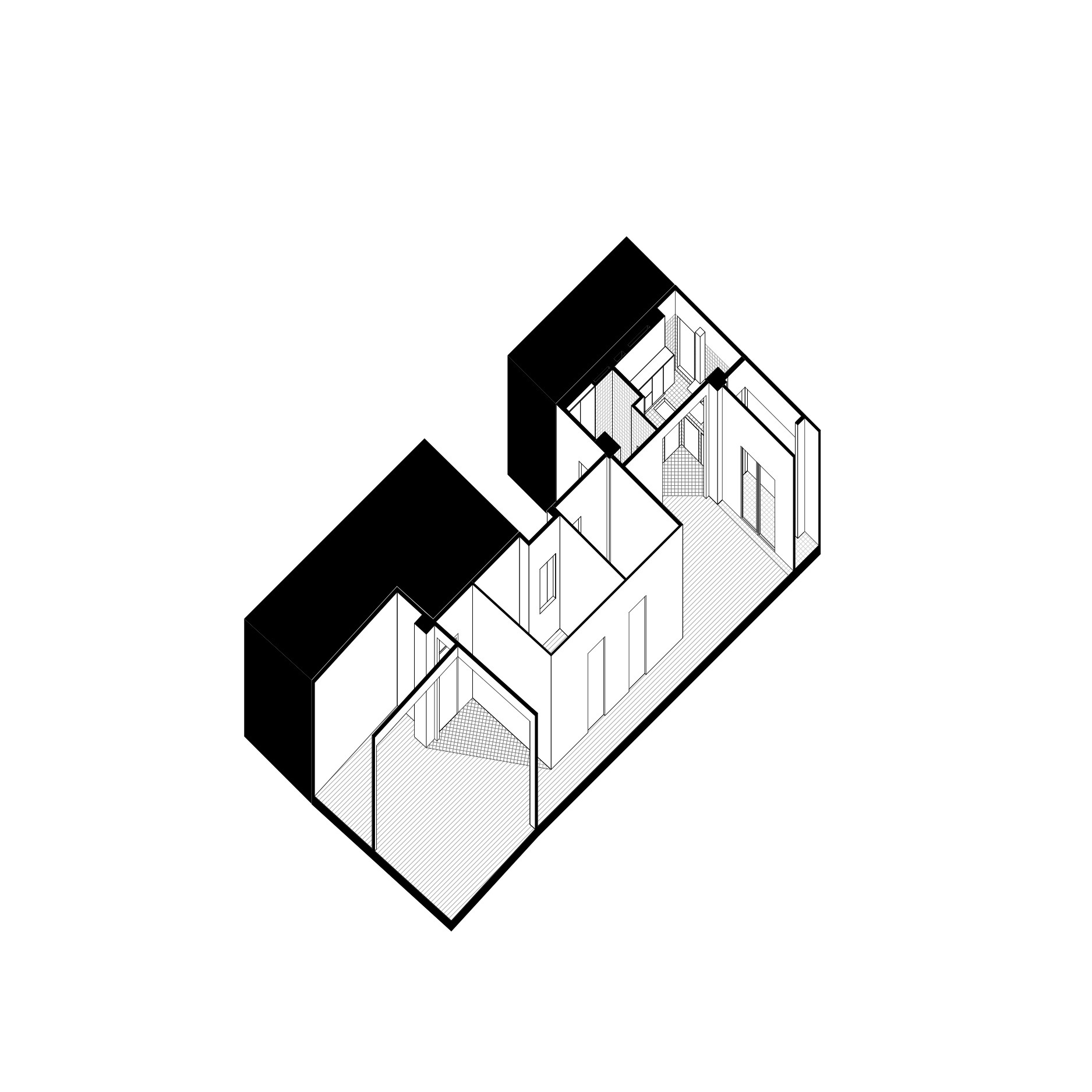 Situated in the neighbourhood of Ruzafa, Valencia, the appartment is located on the third floor of a building that dates back to the 1960s and offers views of both the large courtyard and the street.
Alongside the notable pillars and the suspended beams that are typical for reinforced-concrete constructions of the time, there are decorative motifs, arches and stucco works especially on the ceilings of the appartment‘s interior which evoke a historical appearance.
The renovation focused on a few, carefully selected elements from the start of the project, to achieve a strong accentuation despite limited availability of budget and time.
The appartment’s inherent, disparate look and feel which varies between Art deco and the 1960s was maintained.
To achieve clear and concise results, all interventions where reduced to the essence – the spatial structure. The continuous use of ceramics in striking geometrical forms and changing colours with a signaling character improves the legibility of the space.
The implementation consisted of the demolition of two, large wall segments and the marking of four surface elements with ceramic tiles in black, blue and red in a quadratic rasterization of 10 cm.
In addition, secondary accents of colour in yellow and grey were added along the cut surfaces where walls formerly seperated kitchen and living area.
The geometry of these markings follows formal rather than functional aspects, placing an emphasis on structure and gesture.
The client’s artistic profession and the mutual trust lead to a playful coloration, which reflects primarily the personality of the client and the architect’s sympathy.