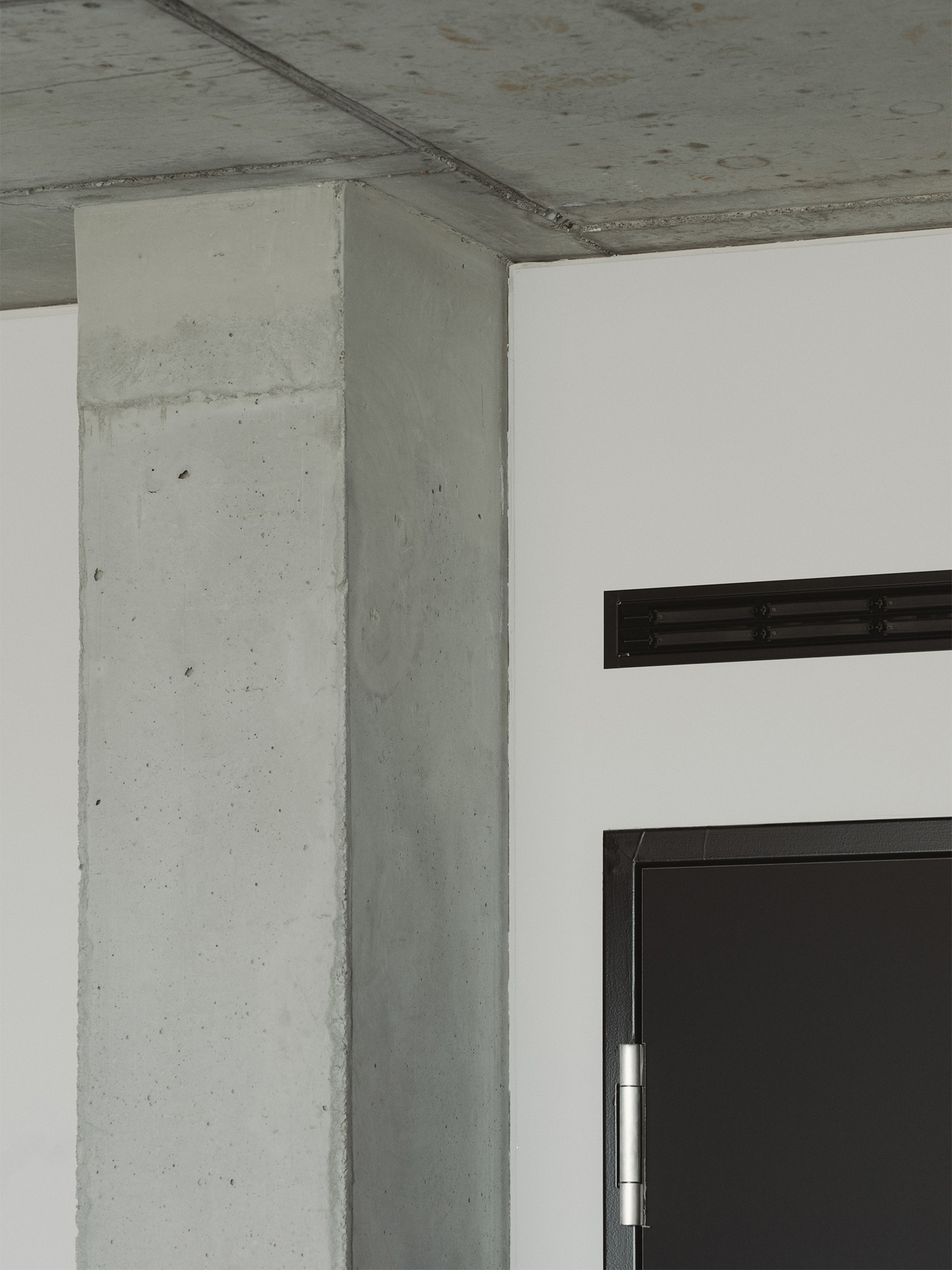 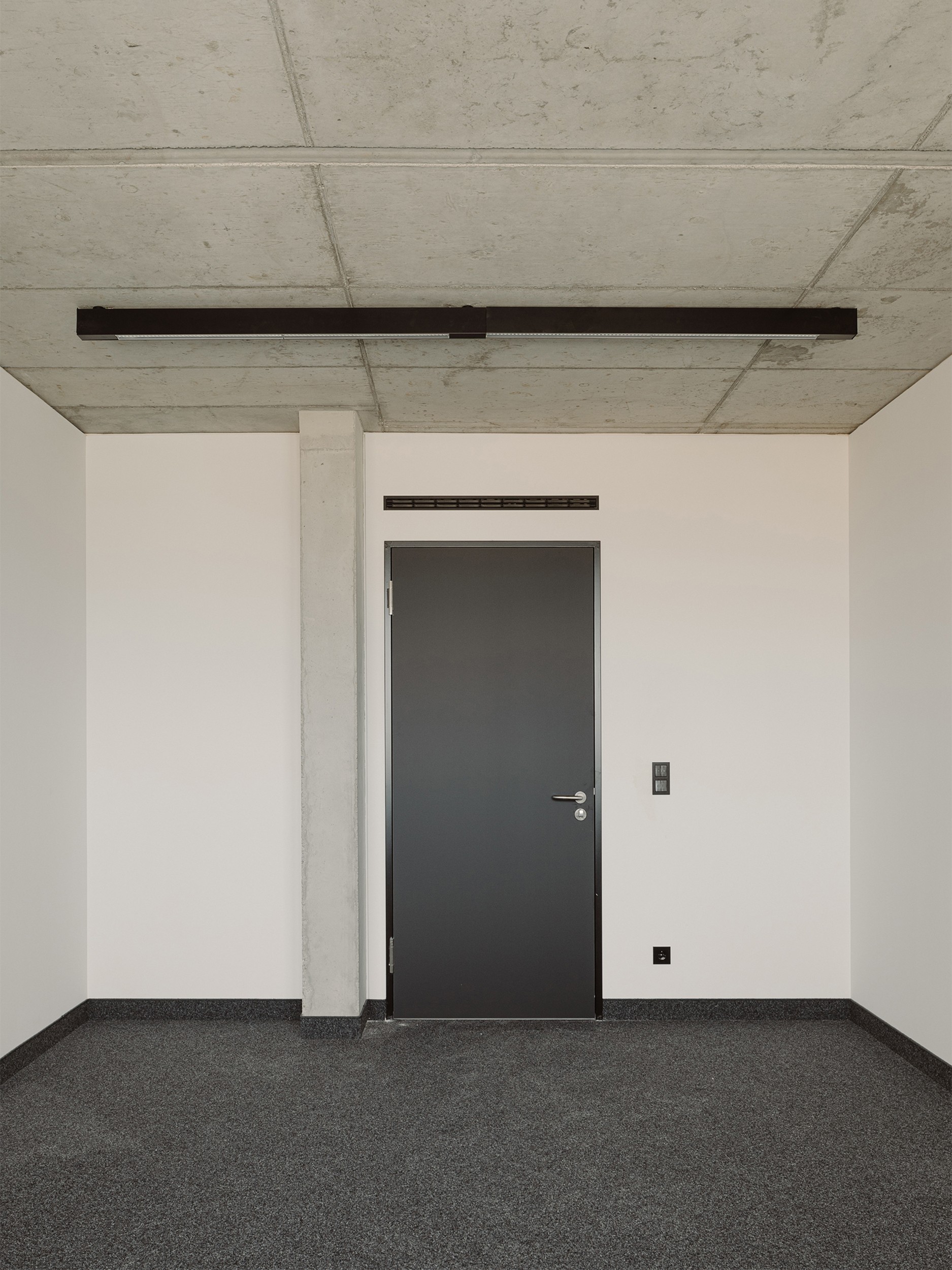 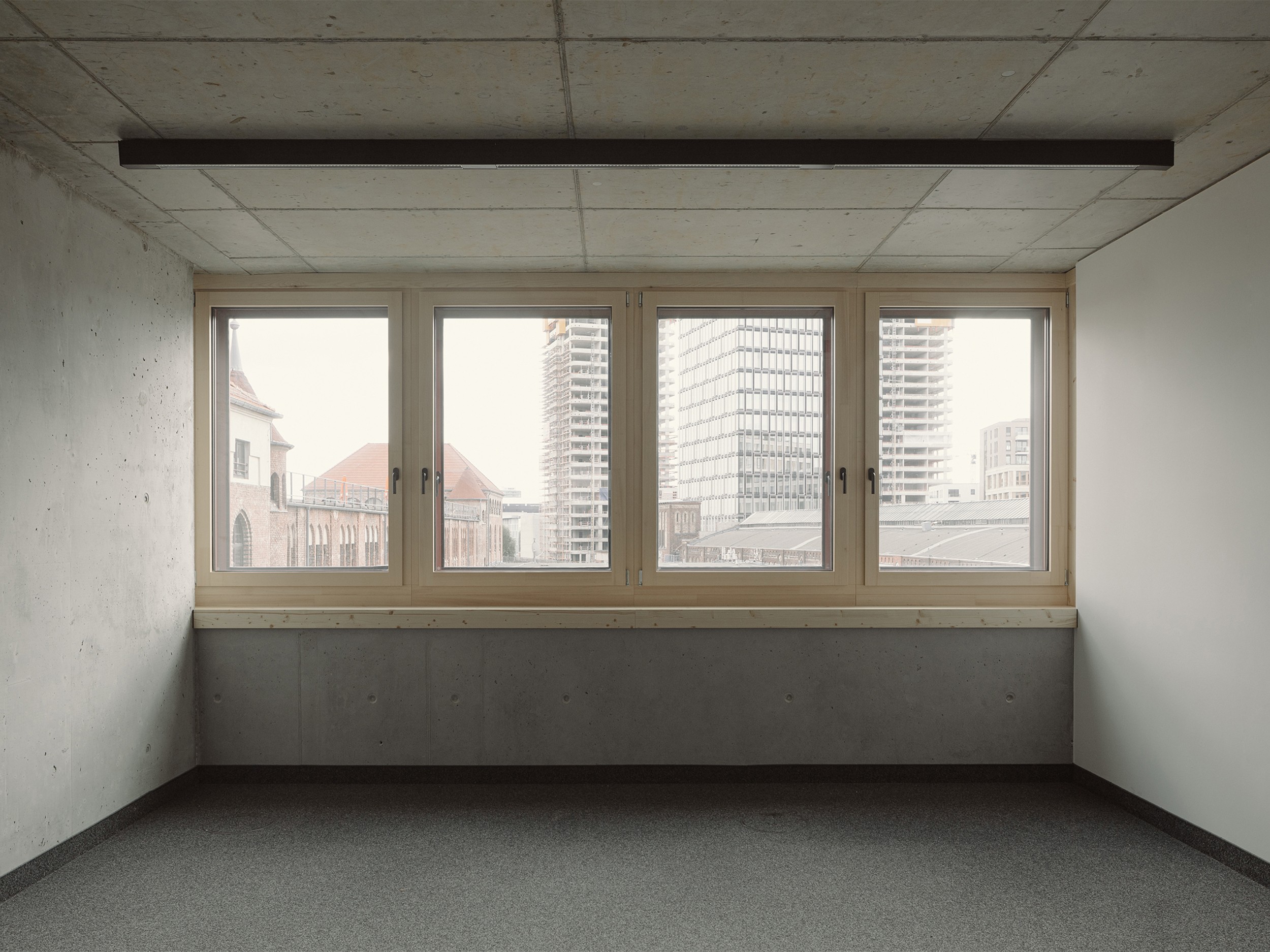 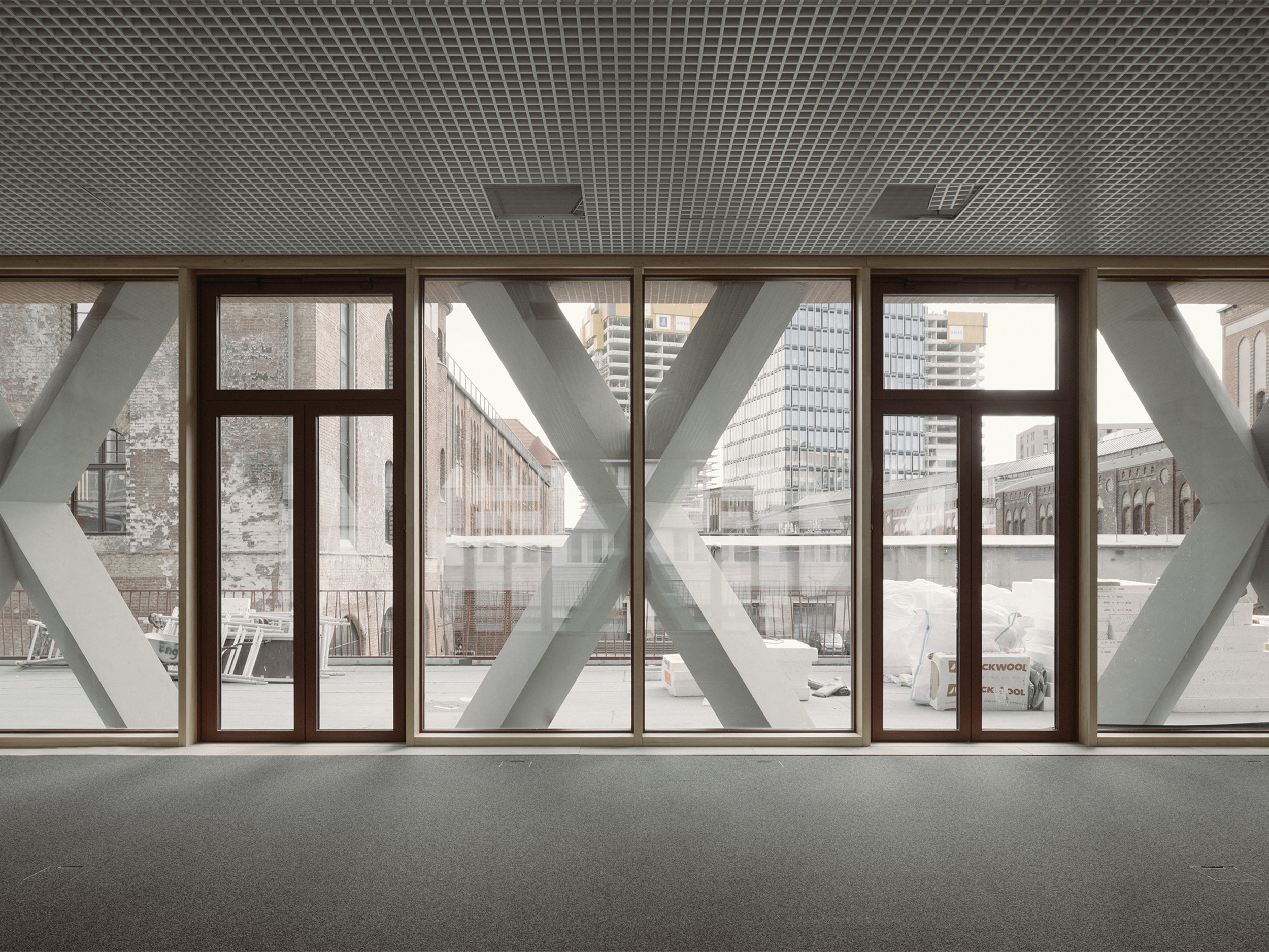 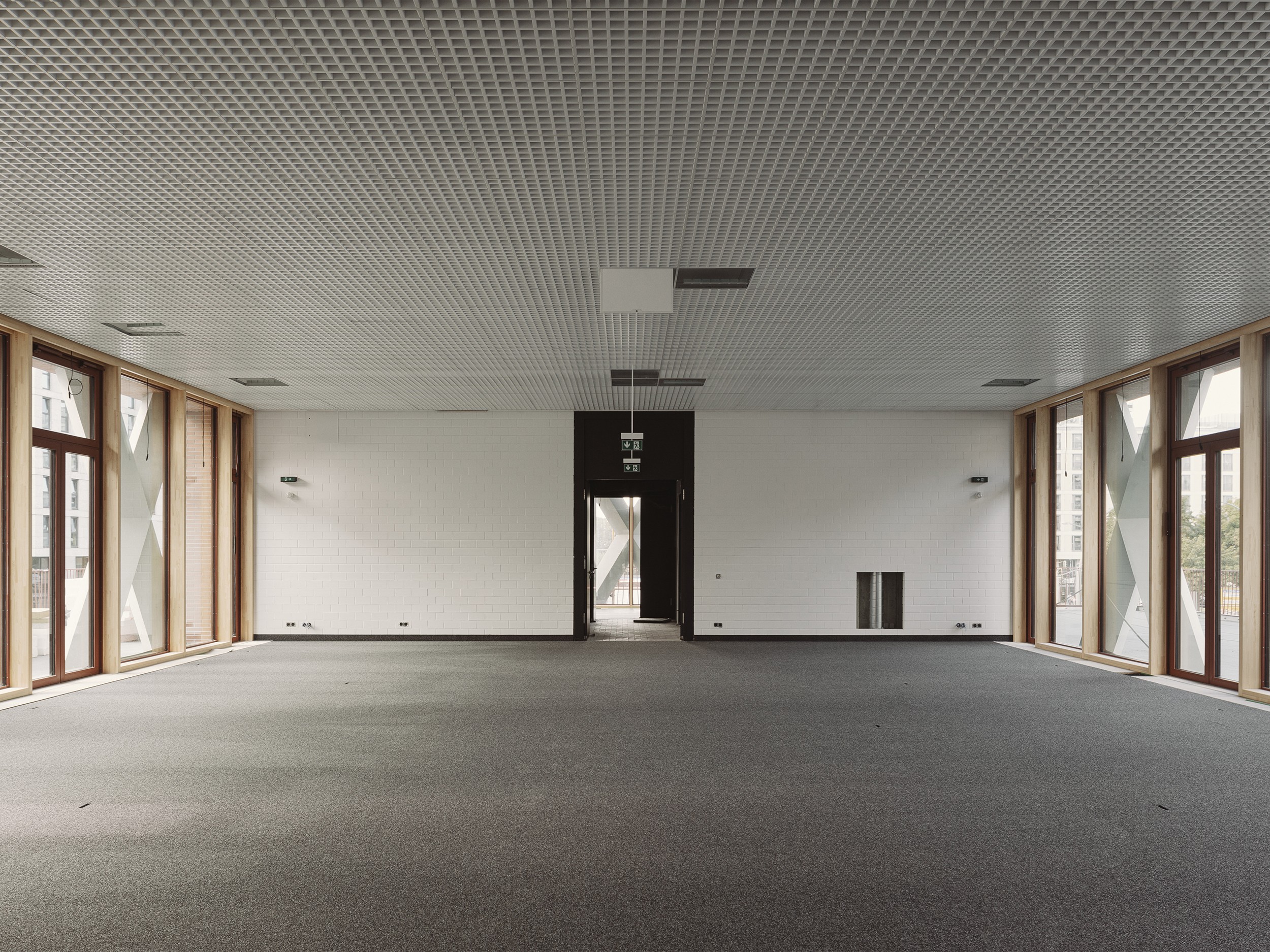 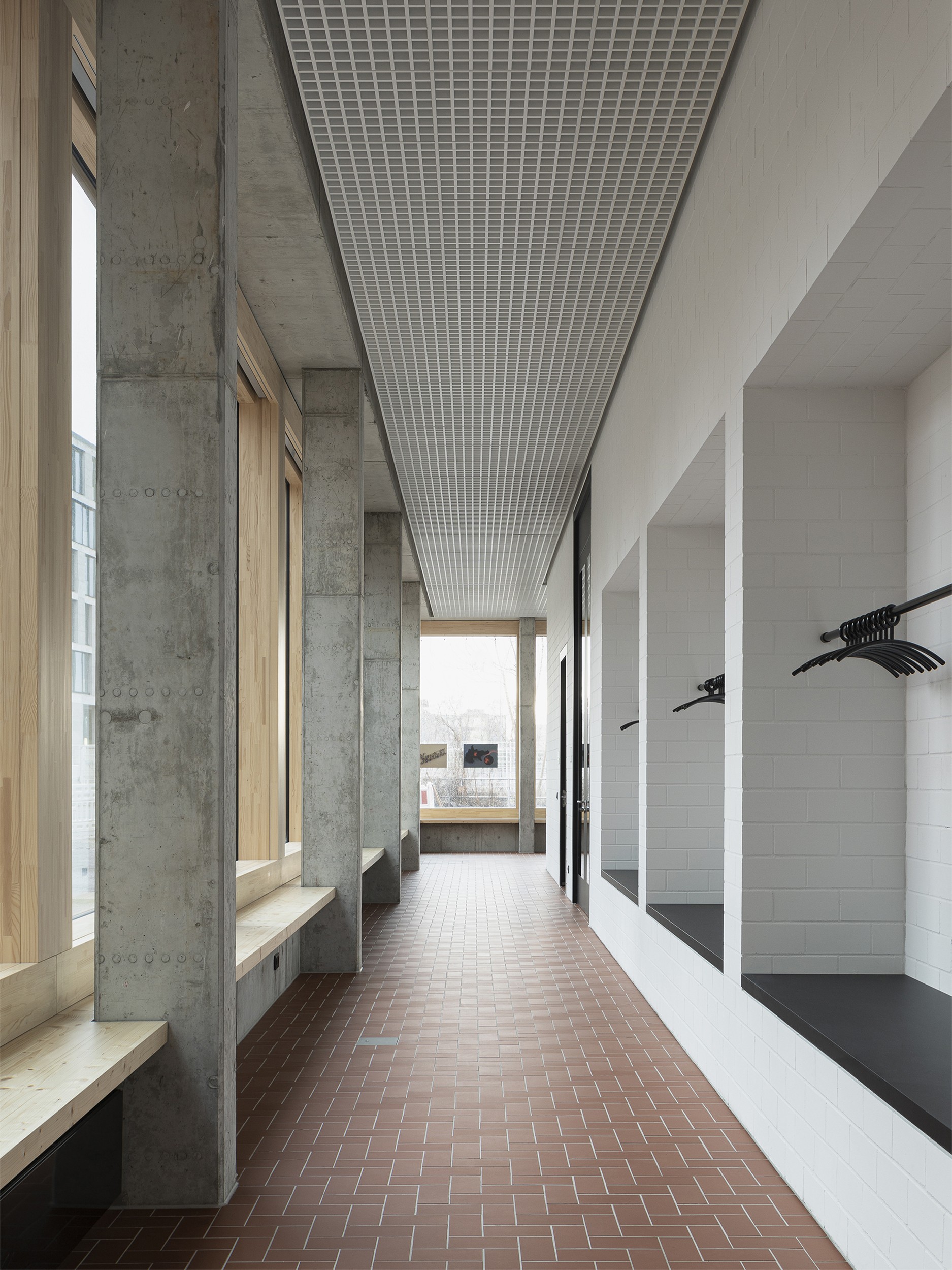 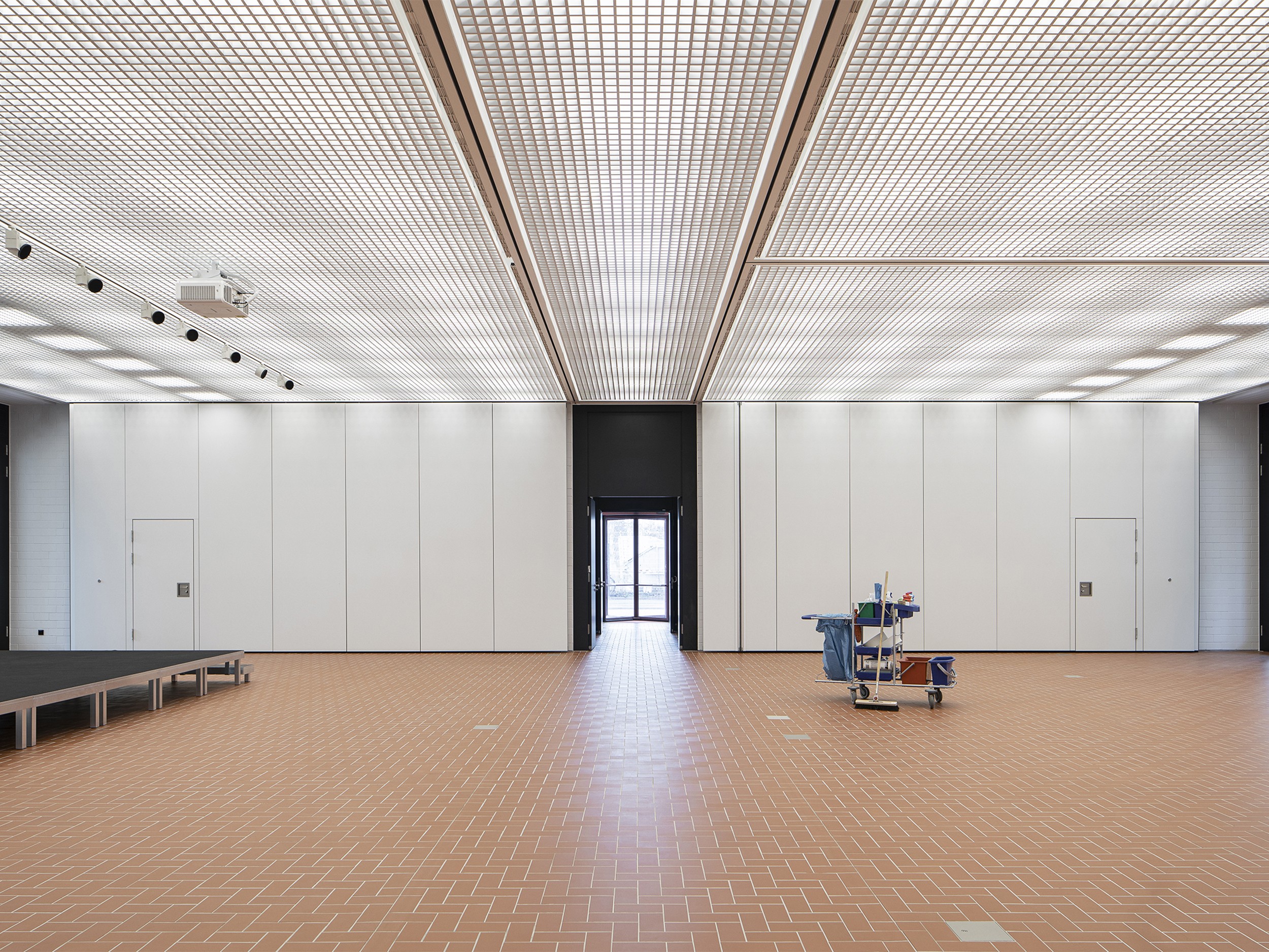 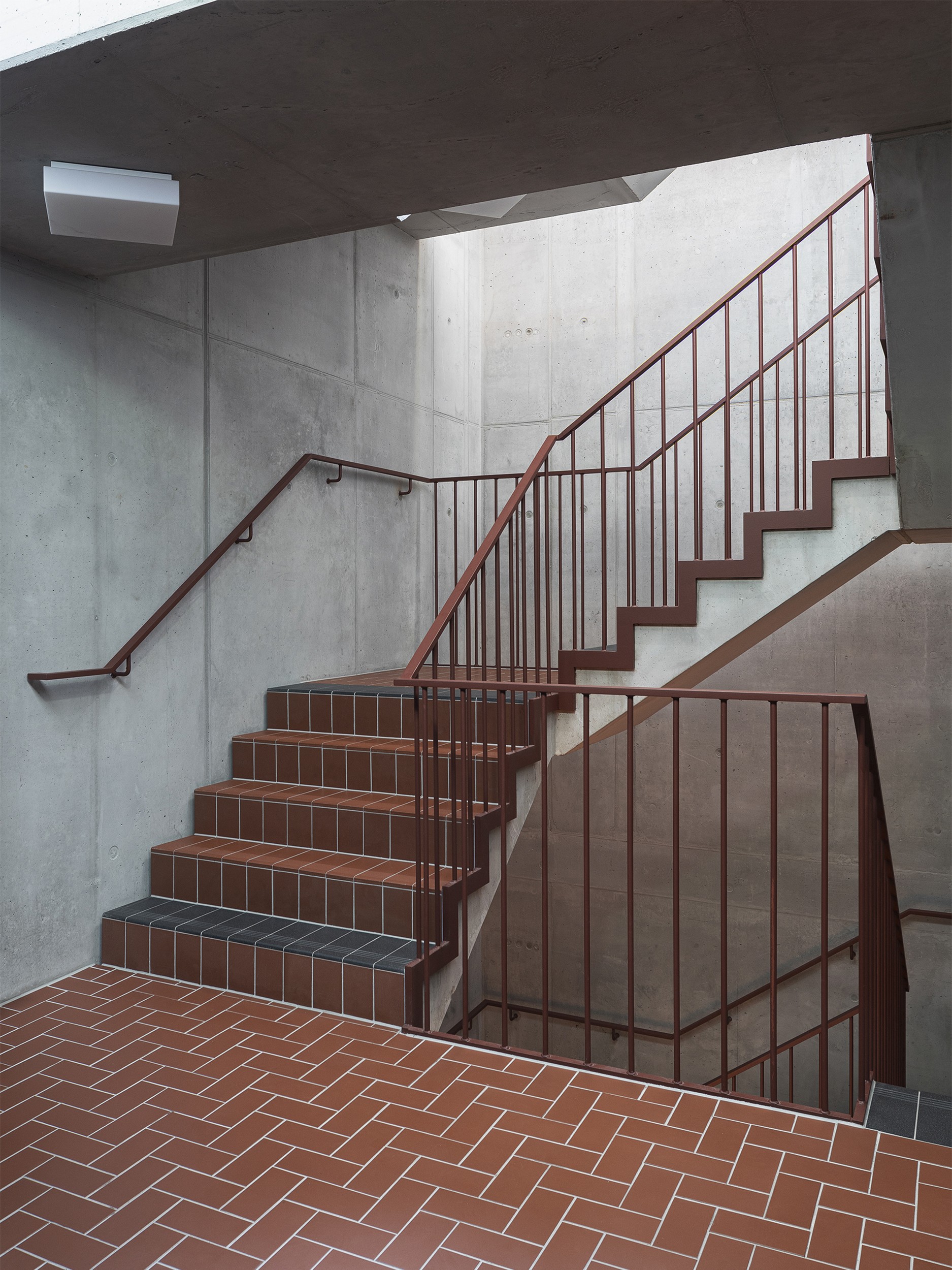 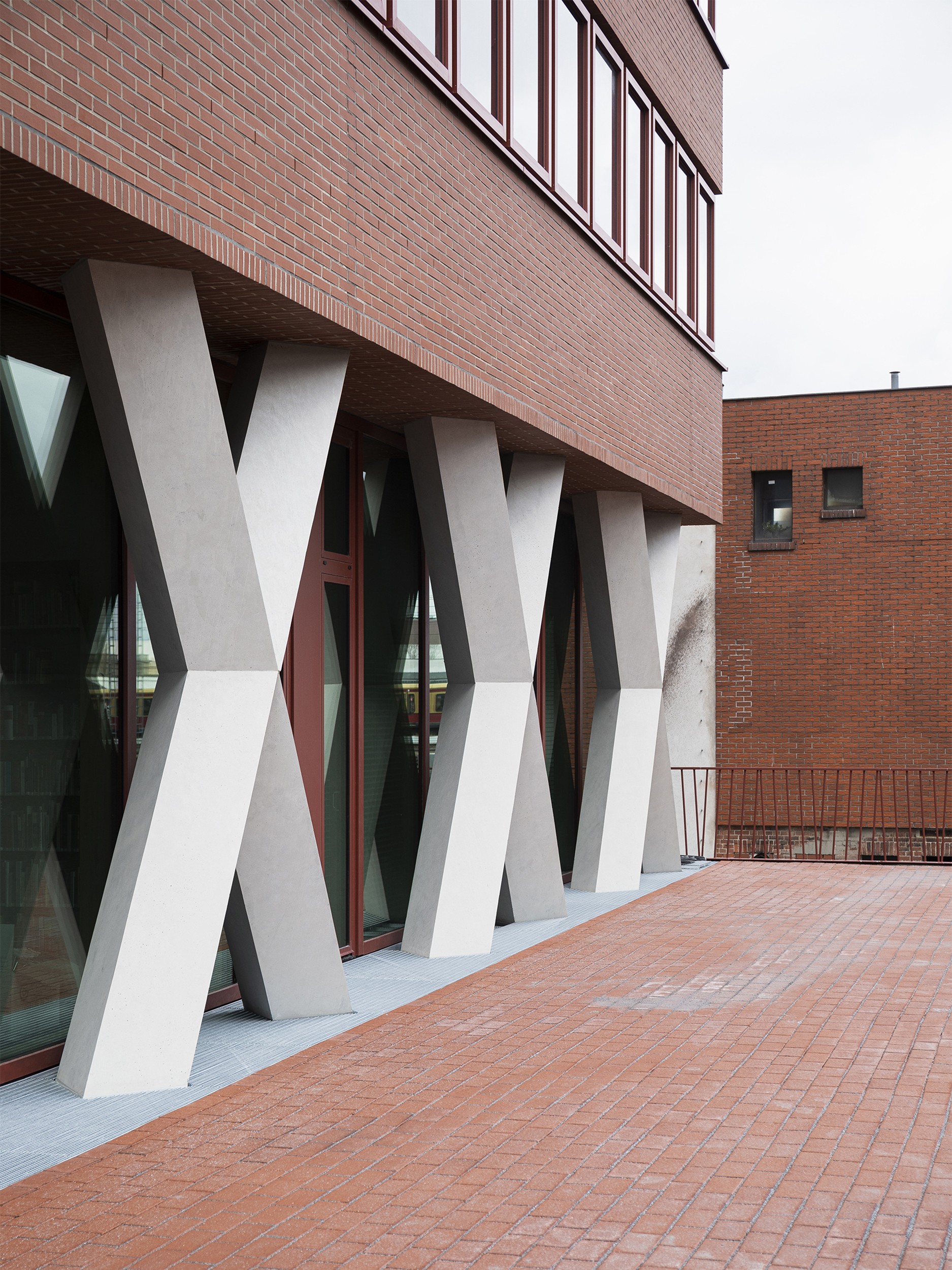 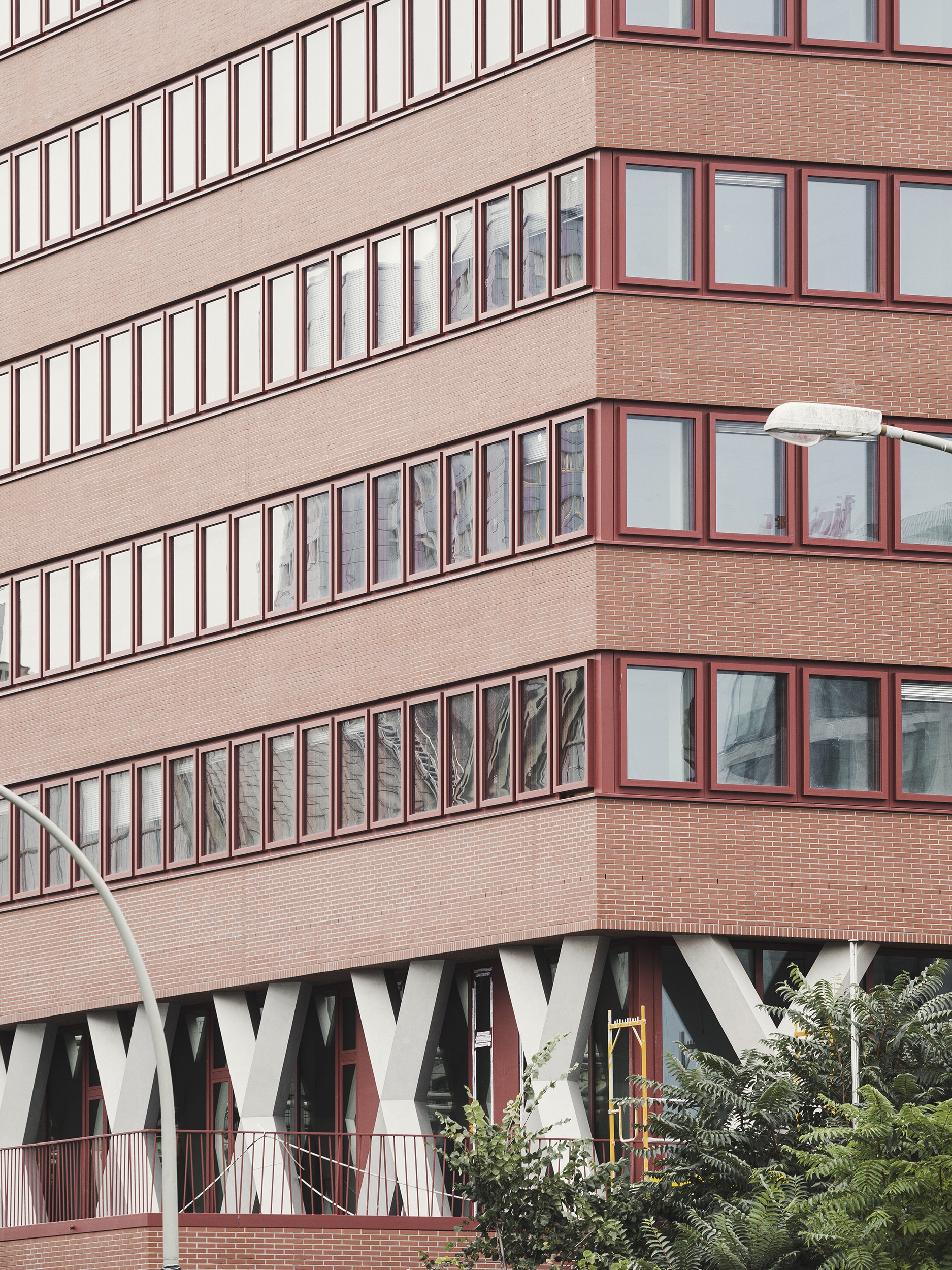 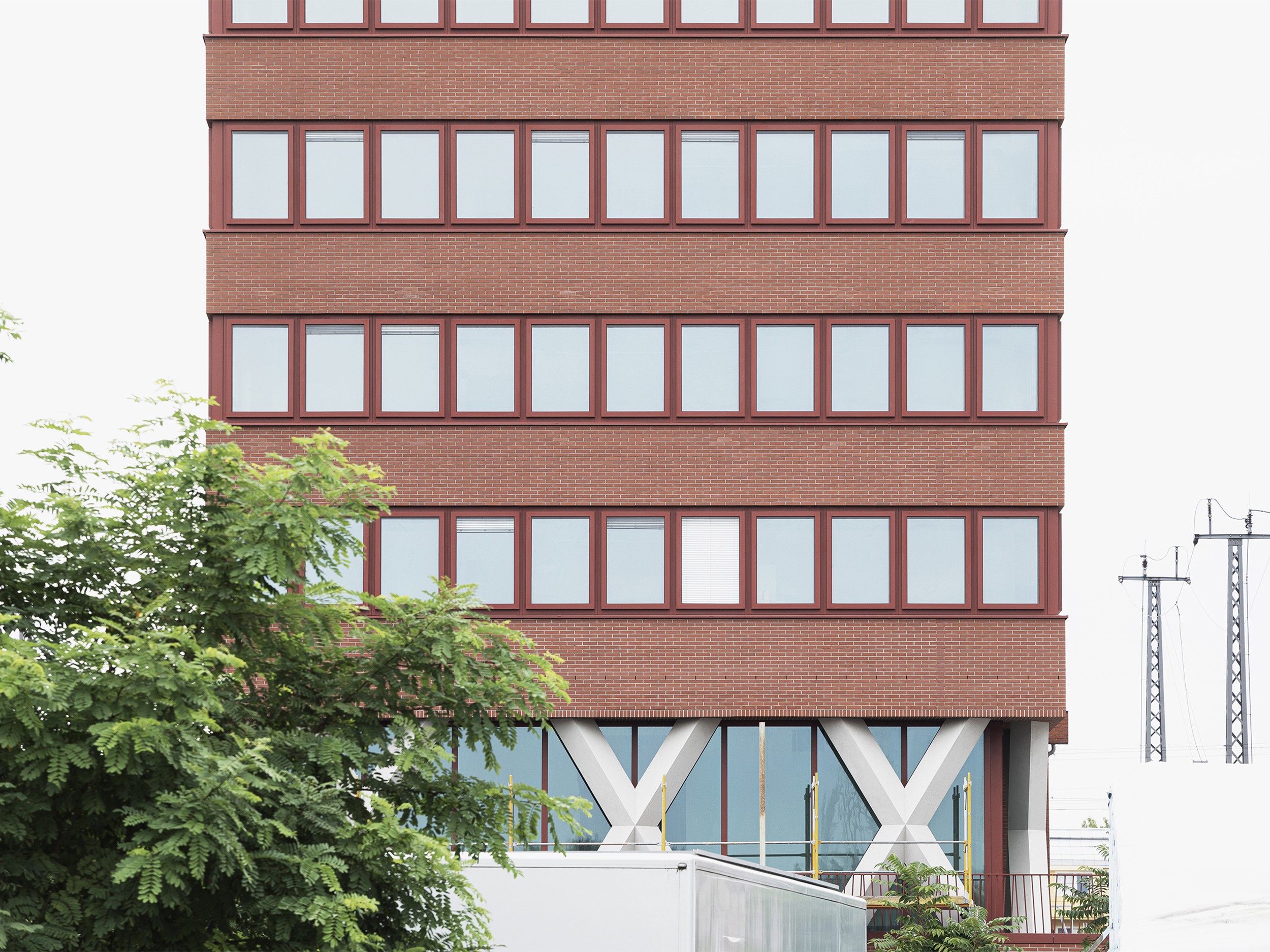 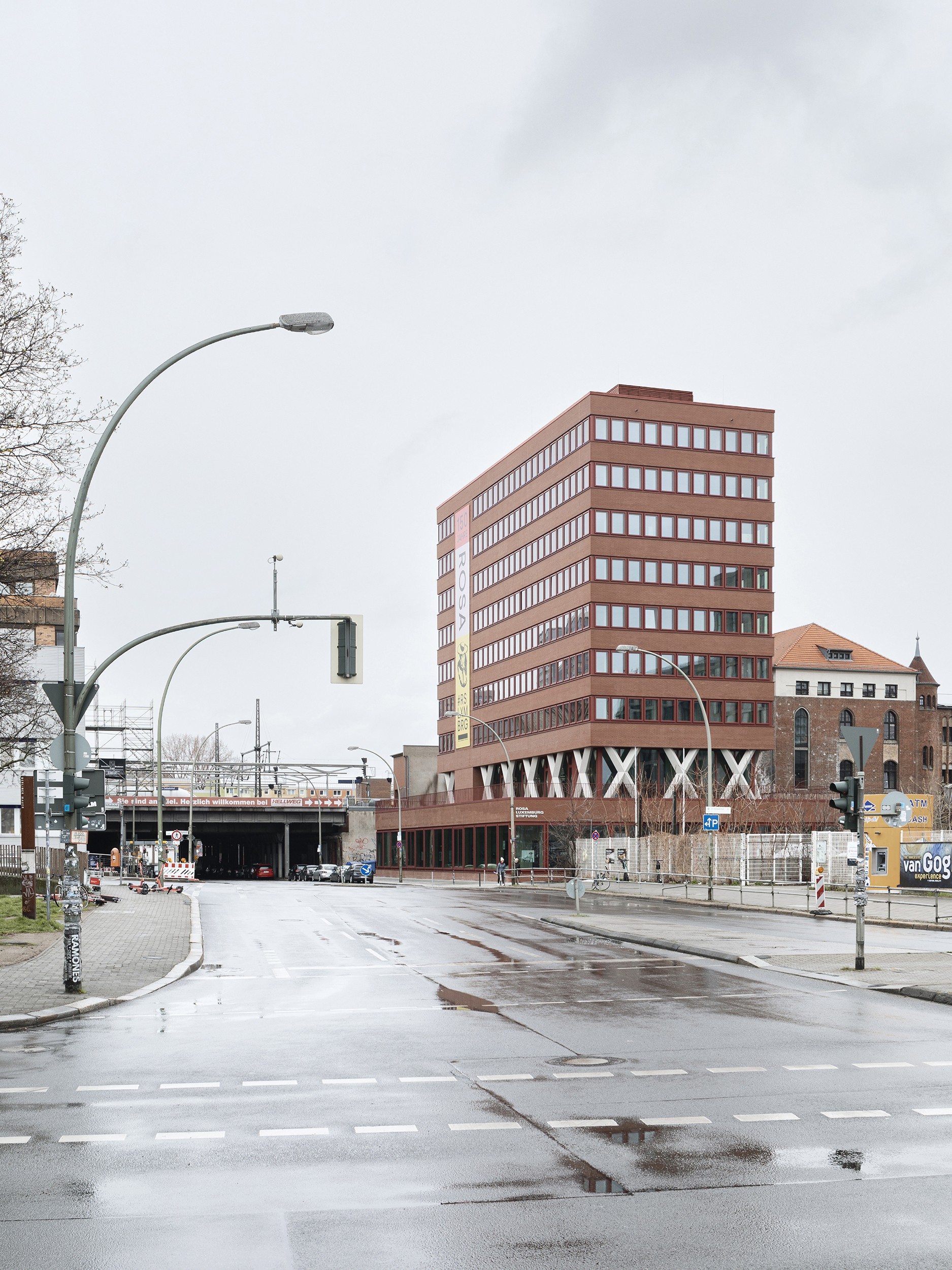 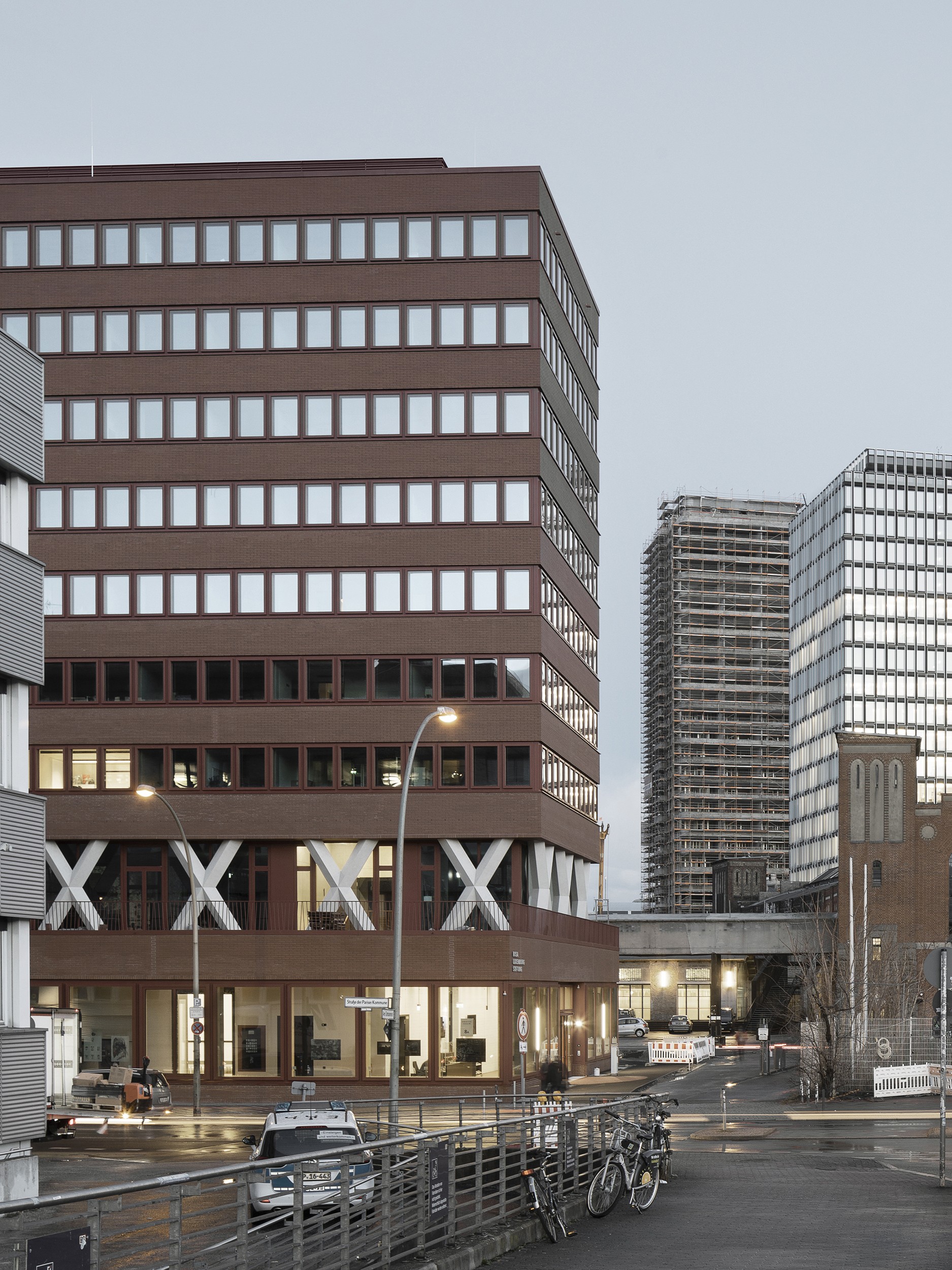 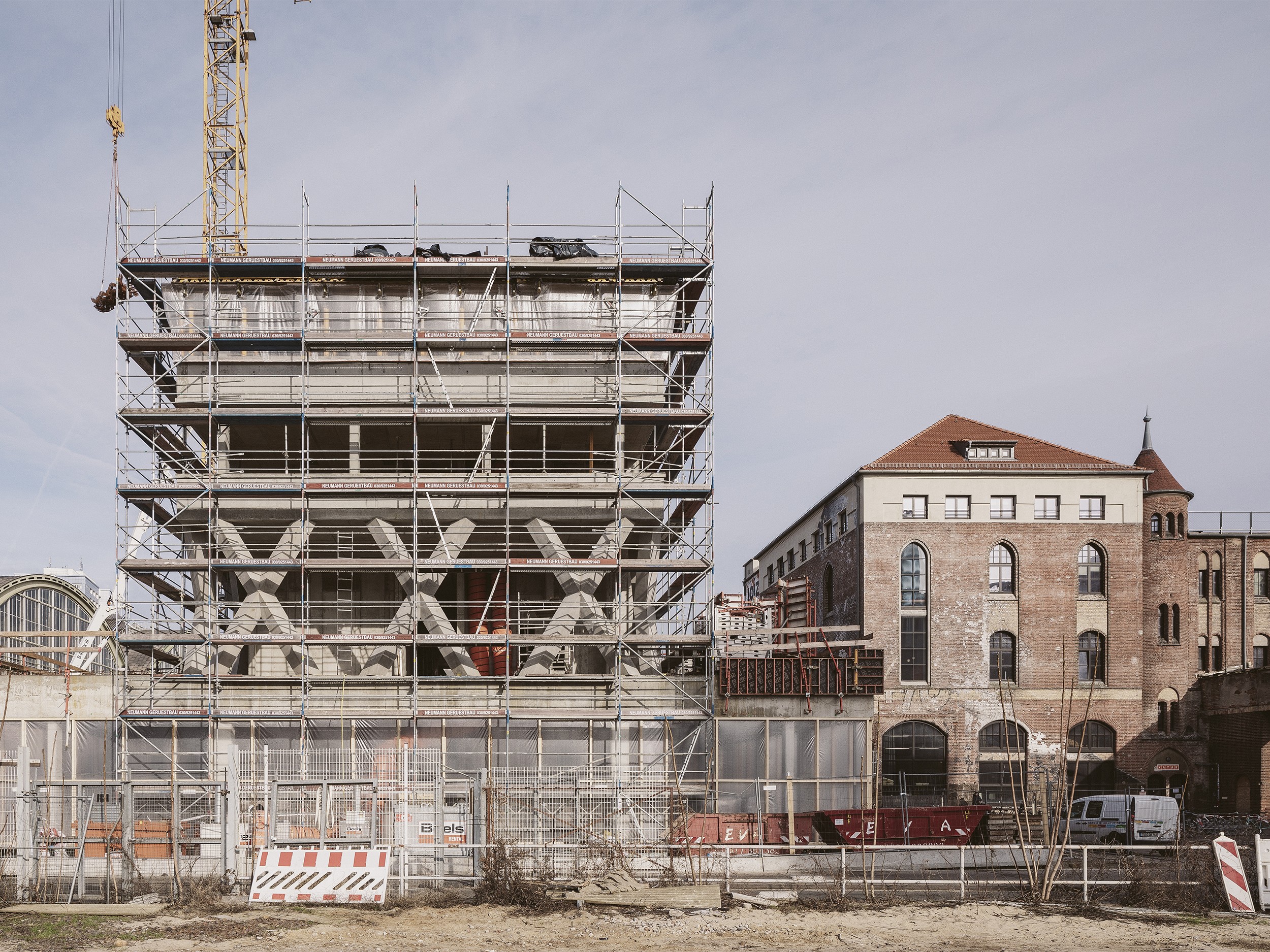 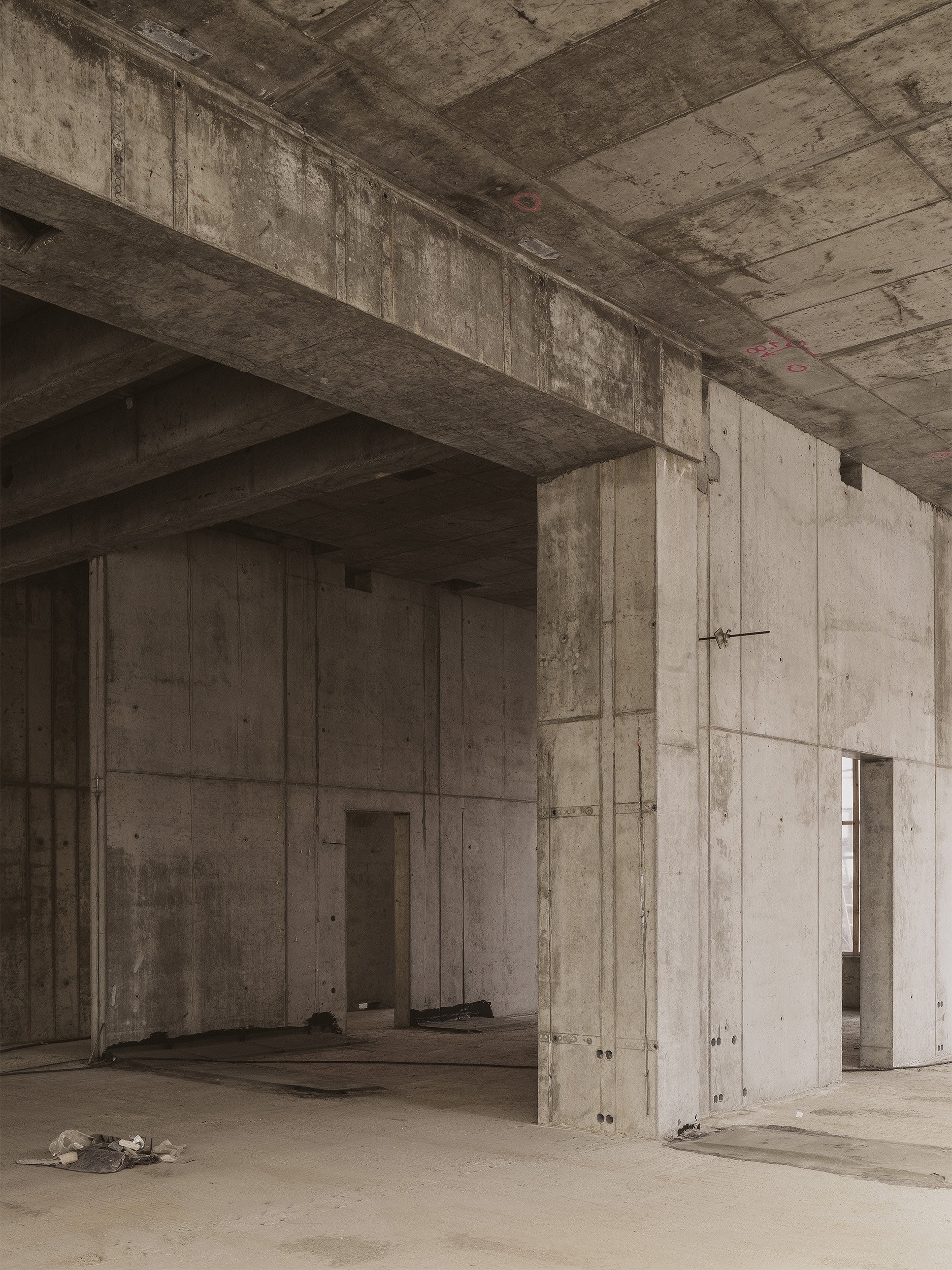 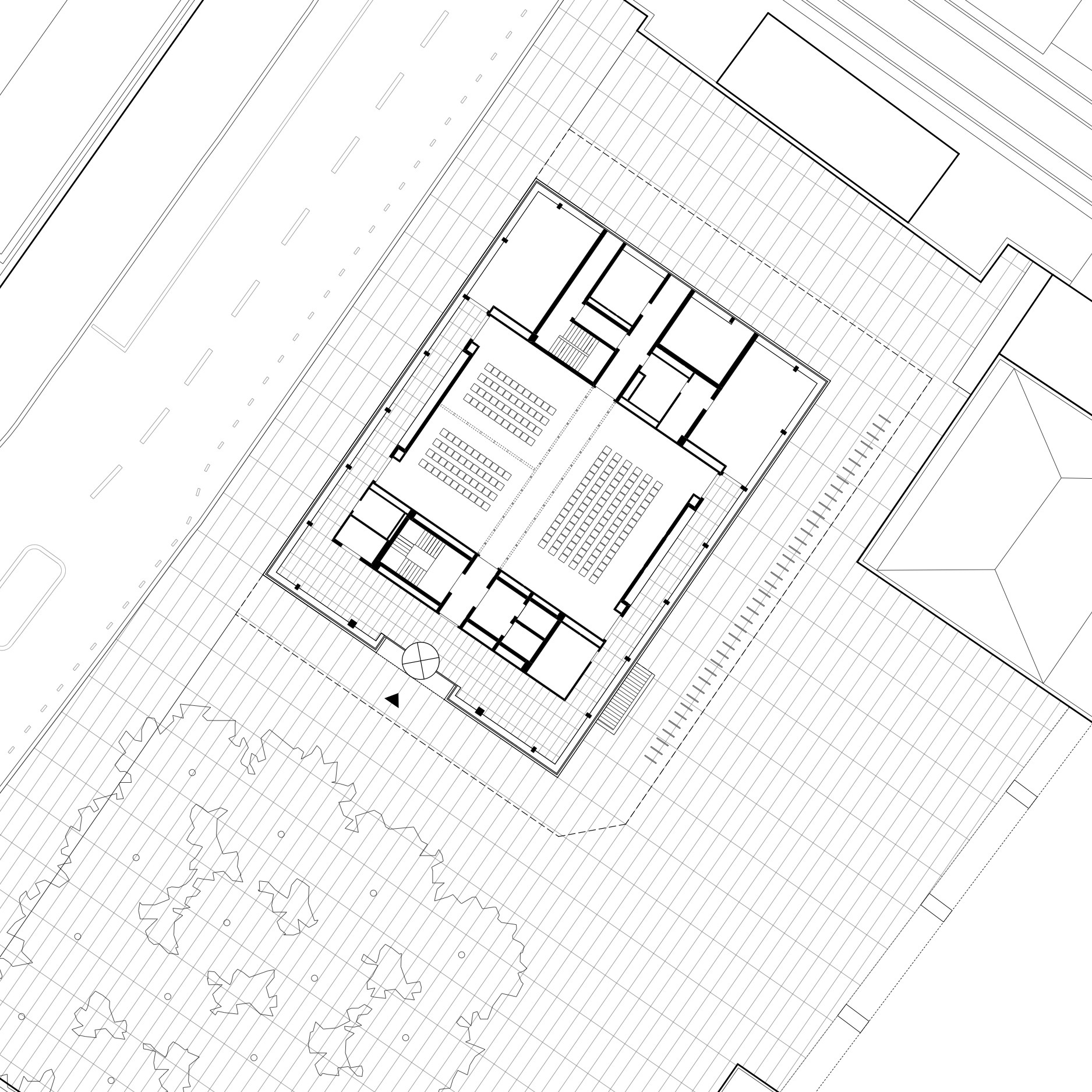 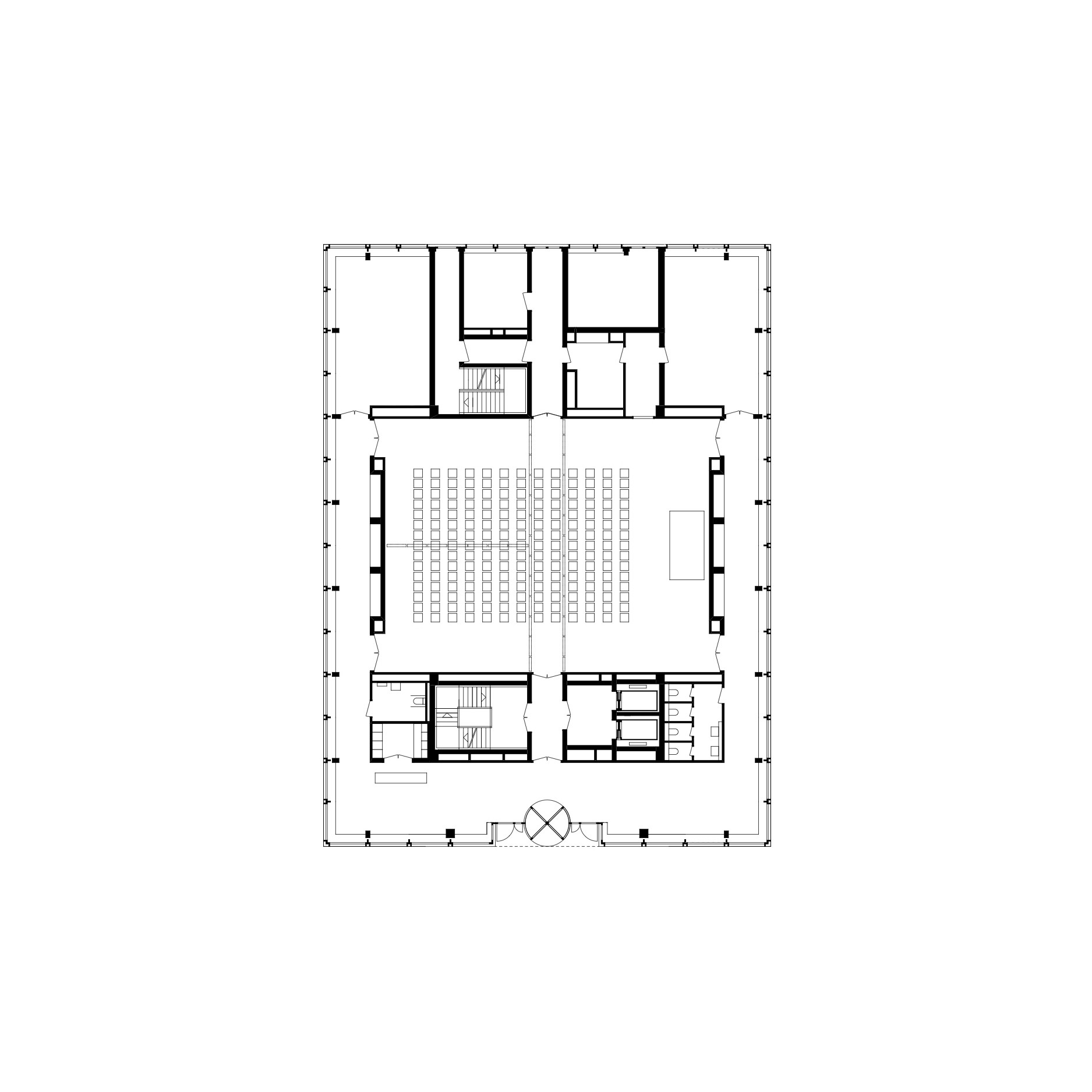 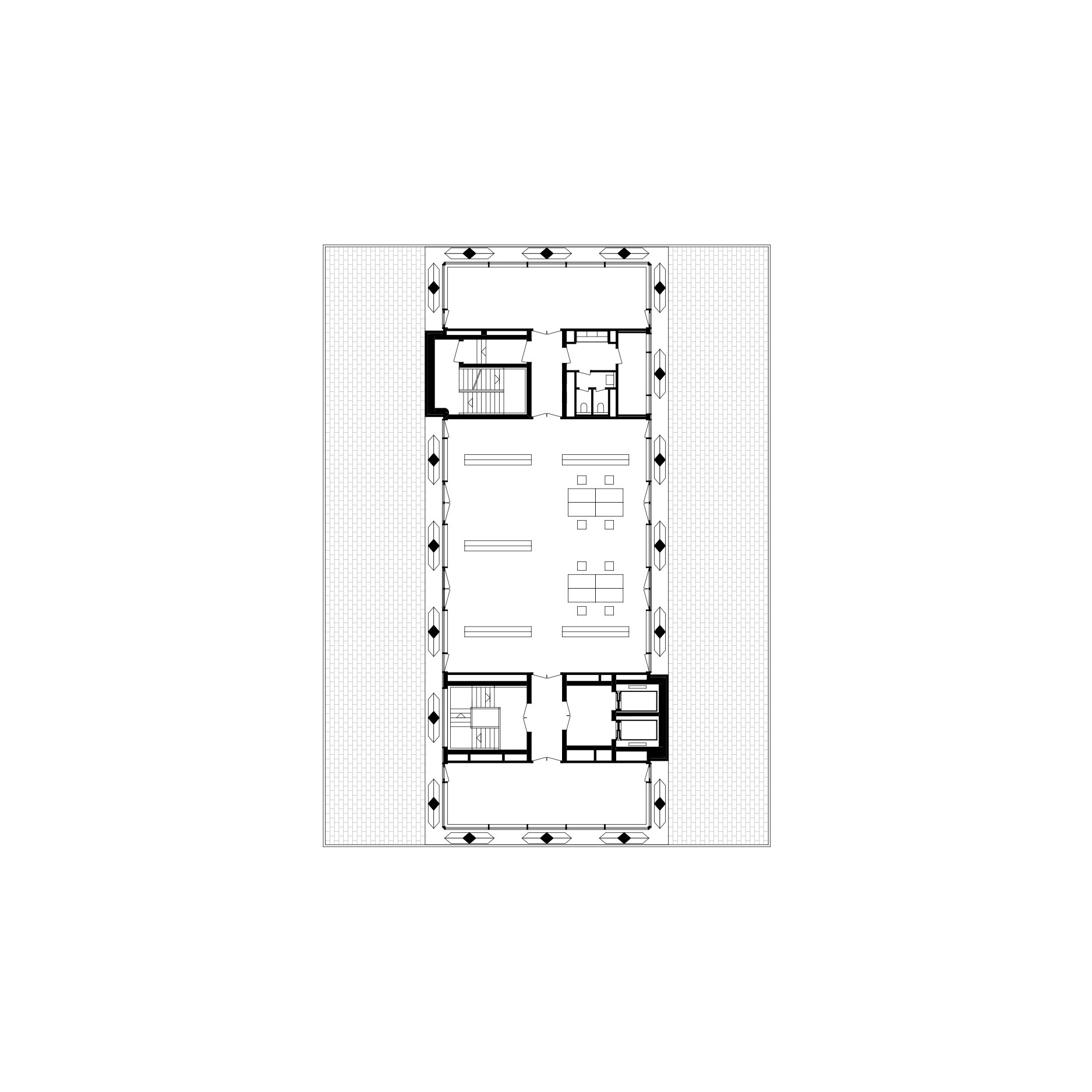 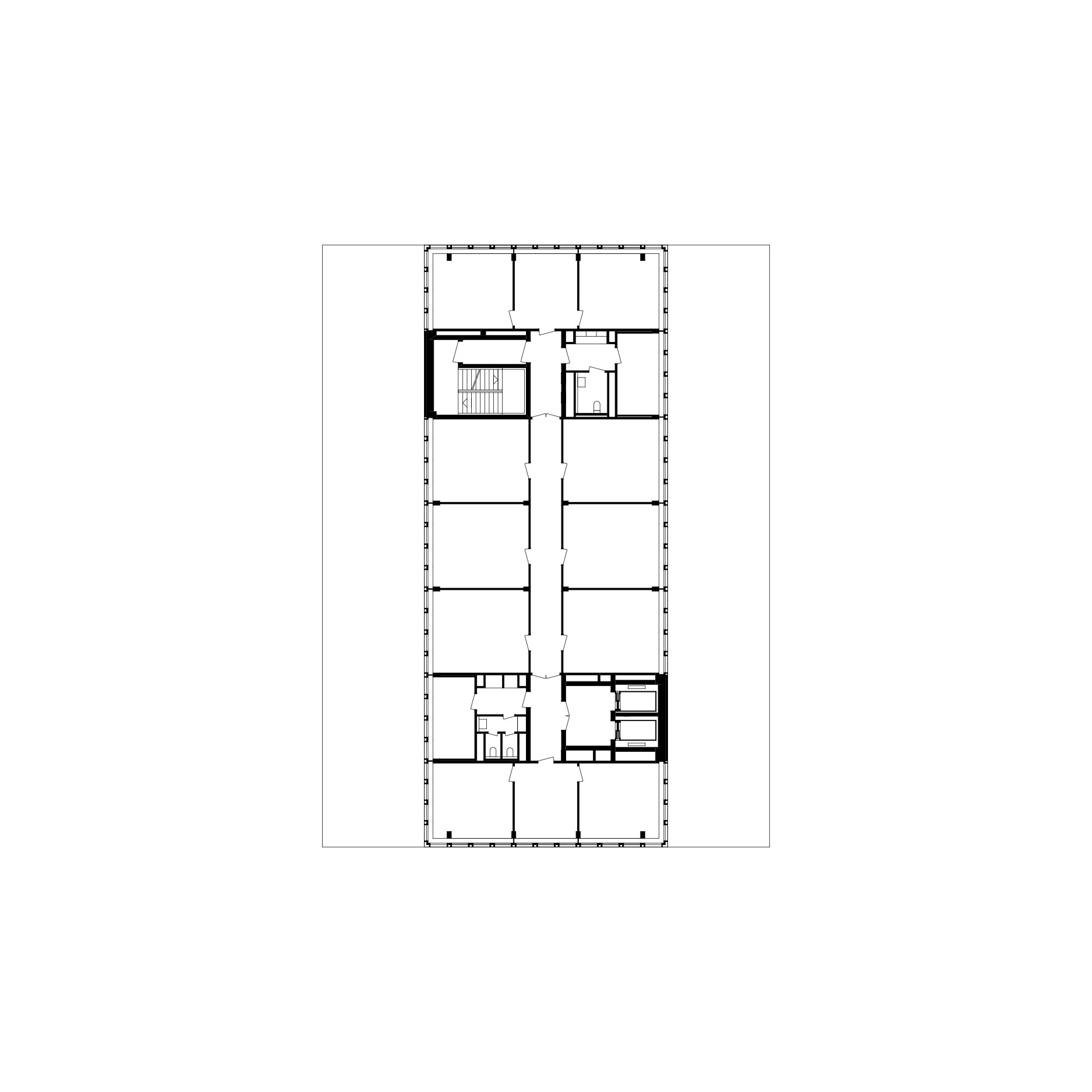 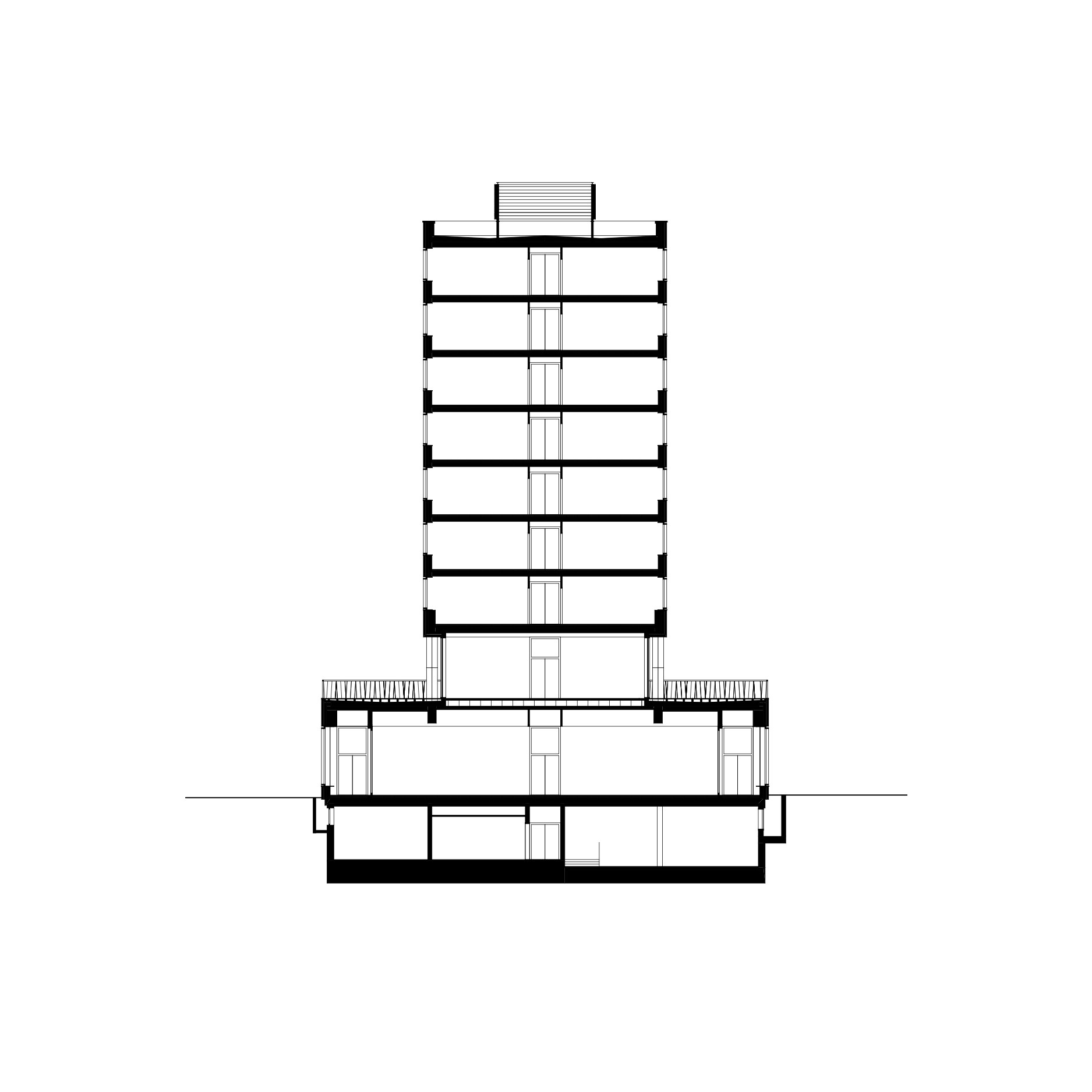 The new main building of the Rosa Luxemburg Foundation is located next to the old Postbahnhof train station in Berlin, facing a new square also to be built. Designed as a two-storey base supporting an eight-storey tower, it thus establishes a direct relation with the planned square and the highest buildings immediately surrounding it.

The project’s brief contains two different scales: with offices (small spaces) on the one hand, and rooms for events and seminars (large spaces) on the other. Given the elevated railways to the north and the elongated east-west orientation of the site, the most favourable design for the office base is reached by reducing the north-south façades to a minimum and increasing those on the east and west to a maximum. The conference and event rooms make up the base of the building, which covers the complete site. This platform, which is at the same level as the railways, thus makes a strong statement supporting the rest of the building as viewed from the train tracks. In addition, there is a new intermediate level, between the workers’ offices (above) and the spaces open to the general public (below), which contains two terraces, a series of multifunctional rooms and a bar/restaurant.

This level is characterized by the presence of a significant structural element in the form of large, X-shaped beams spanning the height of the storey. These resolve the change in structural typology between the base and the tower and enable a lower level without pillars. The building is resolved with horizontal strips of windows and brick parapets, interrupted only by the windowless stairwells and elevator wells visible on the façade. The intermediate storey sets back the extensive panoramic windows to increase the protagonism of the large Xs that visually define the building and are its most conspicuous feature.

Expressions of modern architecture from the 1960s and former East Berlin buildings such as the Haus des Lehrers (“house of the teacher”) near Alexanderplatz or the city’s anonymous brick factories, such as the adjacent train station, are important points of reference for the Foundation’s new building. Free associations between the letter X and the name “Rosa Luxemburg” were discussed during the design process. The interior is characterized by the use of direct, straightforward materials: industrial tiles for the floors of the public areas, and bare concrete and textile flooring for the offices.

The structure of the building is developed from the very beginning of the project in harmony with its form and brief: offices with a grid of standard reinforced concrete and an absence of pillars on the ground and first floors. The change from one structural typology to the other enables the striking solution with the X-shaped beams on the intermediate floor – there, where the volume changes, the public sphere meets the private sphere, and the terrace provides a view of the city to the south (the Spree river), the railways, and the trains going north.

The building is geared toward sustainability and complies with both the German EnEV regulation and the BNB Silber certification. These measures were integrated into the design process from the beginning and include thermo-active concrete slabs (for heat and cold) in all of the offices; ventilation systems to be used only for air renewal; and a reduction in heat gain thanks to double-paned windows with protected, movable metal lattices.